23/2/20 Today a seven year old girl was stabbed to death by a complete stranger in a Bolton Park,  an eight year old boy was savaged to death by a pack of dogs in Dublin, Alex Salmond was cleared of sexual assault charges and the trial of the men accused of murdering PC Andrew Harper was suspended as three jurors went into self isolation. Just a few short weeks ago, anyone of the above news items would have had the media in raptures with wall to wall coverage on the TV and radio,  so it appears dreadful to say I would prefer to hear about these, rather than Corona Virus in minute detail, but it is true.

The death toll in England rose to 303.

The one smiley bit of good news I did discover contained the headline, “Dog so happy humans are always at home sprains his tail from ‘excessive wagging‘”. I don’t think I need to elaborate on the background to this ironic news item. 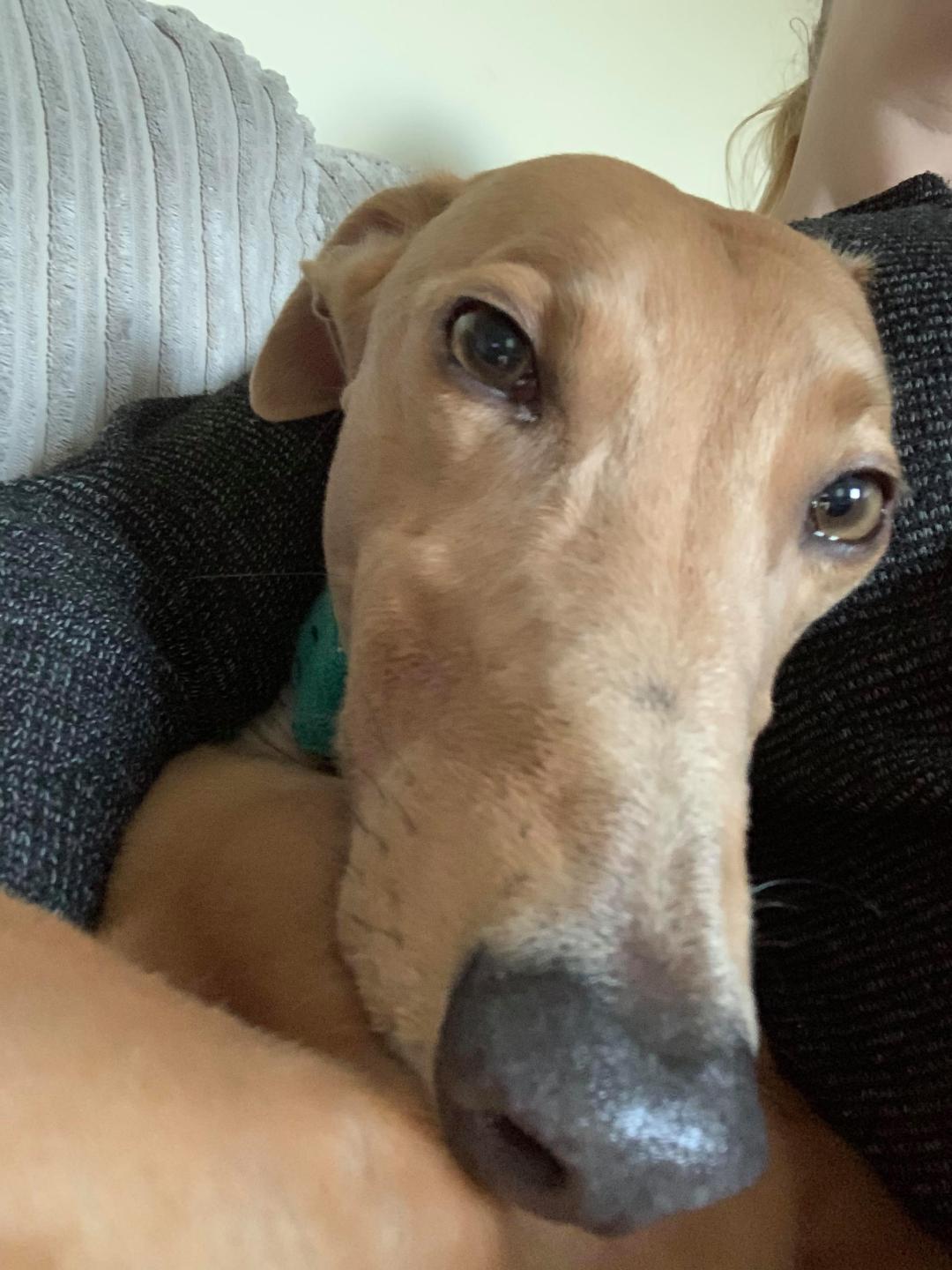 Charlotte posted this of Harry to day, don’t they brighten those moments when they give you their hearts?

Another delightful moment for Charlotte was when she discovered this morning that the bird box that she  moved last autumn, when we felled the tree it was attached to was in danger of falling onto her chicken coop, was at last visited by the blue tits that have been in residence for the last few years. Weeks of watching and hoping they would return have had a positive outcome. Nature can be nice.

Another nice sunny day made my morning bike ride a pleasure. Each Monday I finish my route by diverting to Lubenham to pick up Peter’s mail from the box outside his flat. Though it was quite full there was nothing of importance that I had to scan, attach to an email and send to him in NZ. I spotted the police mobile speed trapping on the outskirts of the village, as I cycled on I warned motorists passing by. There is enough grief happening at present without adding to it for those who can’t work from home and still have to travel.

Later on I decided to buy my seeds in readiness for planting in the coming weeks. Cycling into a nearly deserted town centre I joined the few,  observing the 2 metre distance between myself and other possible infected shoppers. Though the food shelves appeared quite well stocked, those dedicated to seeds were mostly bare. Looking for peas, beans, courgettes, carrots, parsnip, leeks, sweet corn, potatoes and cucumber meant a visit to: Wilkinson’s, Sainsbury’s, Homebase and B&M before I acquired the lot. There wasn’t much choice of variety, just the more expensive ones, I should have been more thoughtful last week.

The 2m gap to shoppers is now indicated by marks on the floor in front of all the tills. A good idea, it puts you under pressure to keep your distance and was being observed by all those I witnessed. I paid for my items by tapping a card against the machine (it reduces the touching). I noticed that after shoppers who paid by cash, the assistants wiped their hands with an alcohol gel. Very sensible. Mentioning that it was very quiet to one of the till operators, she replied wistfully that it wasn’t quiet enough. I felt quite guilty.

This evening the Prime Minister informed the country that all shops (other than food) will be shut. People are only allowed to leave their homes for exercise, once a day. For a medical purpose. Only those who need to travel to work can do so. You can shop for food,  preferably alone. Children’s play areas and sporting facilities will be shut down. No visits to friends or relatives. The police are given the powers to enforce these strict rules.

This country is very much in uncharted waters.