We had the snow for a few days and then the temperature rose to a heady 10+ degrees for a few days. Grasping the opportunity I cleaned the pool (and optimistically chlorinated it),  I then borrowed Suraj’s pressure washer. Brilliant piece of kit, it is so powerful it will strip the paintwork off a door (I found that out by mistake). Over three full days I worked my away around the house, up the drive and around the pool. All moss, lichen and bird droppings were blasted away (mostly onto my clothing and into my eyes until I worked out that if I wore my waterproofs and glasses I stayed dry, could see what I was doing and Sue didn’t look so depressed!) I thoroughly enjoyed being the Willow Bank Destroyer and was quite disappointed when I had finished and everything sparkled as new. Luckily, as the washer is so powerful I now have quite a lot of concrete filling to do (when the frosts go). The water jet has no problem in finding a small hole and enlarging it to any size you care to excavate. I may have to hire a concrete mixer some time in the spring to repair the chasms that I so gleefully cleared out.

One afternoon Sue and I drove over to Loddington to see Insectworld at a garden centre with Charlotte and the boys. It was a nice warmish day and though we arrived late and missed the 11 am showing of ‘bugs’ we drove in to the village and played with the boys on the adventure playground until the 1pm session. I am not sue who enjoyed the playground more, the ‘big uns or the little uns’. The insect discovery session was excellent with every one getting an opportunity to hold all the creatures on display. Both Lucas and Ellis were enthralled. Having eaten quite a few cousins of the exhibits on display whilst out in the Far East, it was tempting to have just a little nibble. As I was feeling a little peckish after the session, we had a light snack in the cafe afterwards.

Sarah was scheduled to return to Harborough over the weekend, but as Edna’s funeral was to take place the following Wednesday she decided to stay in Sheffield and write an essay, to be ahead of the game for next term. She did manage to get out for a while and do a spot of geocaching. On the Wednesday, Charlotte picked Nan up at 7.15am and then came around to Willow Bank where we all squeezed into my Fiesta and I drove up to Sarah’s house in Sheffield. Despite protests from the females in the party that they needed the loo, Sarah was waiting outside when we arrived so I set off  straight away to the Crematorium as we were a little behind schedule. Luckily we arrived there within 10 minutes  (outside the toilets) before any little accidents added to the excitement of the day. It has been quite a few years since I last saw Sue and Charlotte move so fast after stopping the car. Being made of much sterner stuff, Nan, Sarah and I walked down the hill and found some seating in the Chapel. Much to our relief and obviously theirs, Charlotte and Sue joined us a little while later. We were the first to arrive but over the next half hour the rest of the relatives and friends turned up. As I and Nan had not seen any of our relatives for quite few years and unlike ourselves, had changed radically over the years and grown so much older and less recognisable. Luckily we must look exactly as we did 10 or so years ago as they recognised us immediately and joined us in conversation (I don’t even use anti-wrinkle cream). 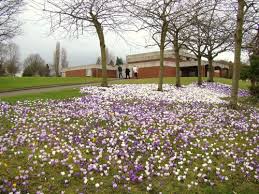 Edna had stipulated that she wanted a simple and basic funeral with no fuss. I had been contacted by the Priest during the week with the aim of finding out as much information on Edna as possible for his Eulogy. I had volunteered to say a few words on behalf of the family, which he said would be nice, but later when he had checked with the solicitor/executor on what had been requested, he informed me that Edna didn’t want any speeches. The service indeed was very simple and in total lasted 10 minutes. A quite different affair to that when they cremated her husband Alf. The country was in the grip of a spell of Arctic weather and the hearse and congregation couldn’t get through the snow in to the Crematorium, so the casket was taken out of the hearse and pulled up the hill by the bearer as it was too dangerous to even carry it!

After the service , the solicitor had arranged for a finger buffet at the Beauchief Hotel in Netheredge for the mourners. It was only a few minutes away by car, but as the weather had a again turned bitter, a warm room, a hot cup of coffee and a Yorkshire scone turned out to be most welcome. We all stayed for around an hour before making our different ways home. We drove to Edna’s Care Home where we picked up two sacks of photographs  before carrying on to Sarah’s and another hot cup of coffee. Refreshed, with Charlotte transferring into Sarah’s car, we next drove to Thurcroft, briefly checked that the house was ok before stopping to see Nicky’s new baby. She was out when we arrived but her youngest son opened the door and let us in to wait for her, despite obviously not having a clue who we were and took out story that we DID know her, at face value (only in Yorkshire). She soon arrived after a visit to the doctors and after Charlotte had finished cuddling the new-born and Nan had quaffed (yet another) cup of coffee,  we went to the Cartwheel in Brookehouse for a carvery lunch. A long and tiring journey back to Harborough followed. Sarah drives too fast!

The following day I drove over to Empingham to meet John Lee. He was keen to go on another walk before we went on holiday. It was an excellent day for a walk, bitterly cold and quite firm underneath. I had not inquired as to where we were going (I should have). We walked for 7 hours, I picked up 2 blisters and 2 sore legs. The following night I plotted our route and it was 17.75 miles!!!!! I noted that at the end (after lunch and a pint in the pub) that he was carrying what I hoped was quite a painful limp. I suspect that during the last leg (my last legs) that he was suffering as much as I was, but was damned if  he was going to admit it. It’s a rugby macho thing that decrees it is ok to lose face by having your shorts ripped off your body in front of  a packed Twickenham crowd but is not ok  to leave the field for such a small flesh wound as having your ear ripped off by the French opposition.

On Sunday Sue, Sarah and I drove to Kelmarsh Hall and met Charlotte , Lucas and Ellis. The Hall grounds were open for walks though the woods to see the snowdrops. We would have liked to have taken Nan as she loves snowdrops and always looks forward to them coming up in the spring, but as the ground underfoot was very boggy and the route quite long, we didn’t want to risk a fall, and her sitting in the car for a couple of hours seemed out of the question.  Despite yet another chilly morning, there was quite a lot of people who had turned out to admire the blooms. Afterwards we returned to Willow Bank and had Sunday Lunch.

On Saturday, Sue , Sarah and I joined a Council walk starting from the Queen’s Head in Billesdon. It was quite gentle affair compared to the trek of the previous Thursday. It was the first walk of the 2013 and 28 people turned up (most I have ever seen). I walked and chatted with Roy (a past gentleman farmer from Somerset) and Sue and Sue and Sarah walked and talked with Debbie Goodband (a past colleague from Farndon Fields). We had quite a pleasant and substantial lunch in the pub afterwards. However, it was not the end of the proceedings. As we had Sarah with us, she had spotted that there was several Geocaches in the village, so we had to attempt to find them. Two we found but the one in the centre of the village proved too elusive and would have to wait for another occasion. I have bought Sarah a Magellan gps to help her out with her Geocaching activities. 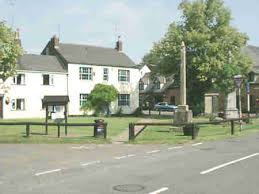 That evening I had been offered a ticket to watch Tigers v Saracens, so after watching England beat  France  in the Six Nations at the The Angel I travelled to Leicester with Frank Johnson and two of his friends/clients. They turned out to be Chris Tasker and Bob Kemp, two rugby chums from my playing days at Stoneygate. The journey there was a huge a step back into the past with many pleasant reminisces. It seems that in my playing days I had a bit of a reputation for being constantly off-side, but my recollection is that optical illusions can by quite tricky to judge. Unfortunately the Tigers had been too weakened by international withdrawals and came second on a frozen pitch on a snowy night.

Jamie had a day at Santa Pod. He videoed some of his friends drag racing their vehicles down the strip. Last week he invited Sue and I over for an evening meal. I must admit I went expecting the worse and was surprised. We had gammon steaks (huge) with new potatoes, cauliflower, broccolli and white sauce. Very tasty and no reaction the following morning! We are looking forward to our next invite.

Last night Suraj and I went to see Cloud Atlas.  A fascinating film starring Tom Hanks and Halle Berry, incorporating quite a complex story line that explored the links between 6 generations. Very enjoyable but not for everyone, especially if you are not keen on Sci-fi. 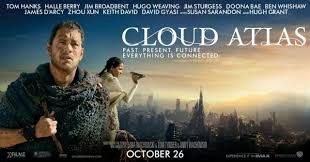 Today Sarah went back to Sheffield via Nottingham to see Lee. I took Nan to the Doctor’s to get the results of her recent blood test. She is now on iron tablets as she is a little anaemic, he also wanted her to have Vitamin B12 injections, but they are going to have to wait until I get back from holiday.