08/06/20  In the UK 55 people died after contracting corona-virus, the lowest daily total reported since 22 March. People calling for an end to fur farming protested in front of the Dutch parliament on Monday following an outbreak of corona-virus on mink farms that led to a cull of tens of thousands of the animals. Worryingly,  corona-virus has been found on 10 of the 140 Dutch mink farms. Last month, the government identified two cases in which humans were infected by mink, the only animal-to-human transmissions known since the global outbreak began in China. It now becomes even more imperative that we get on top of this pandemic as quickly as possible when it is able to make the jump into yet another species. What other reservoirs of this virus are we to yet discover? Raheem Sterling has backed the Black Lives Matter protests across the world and says racism is the “only disease we are fighting right now“. Stick to kicking a ball Raheem, your brains are in your feet, not your head.

A dry cool day. My morning cycle ride took me through one of the larger building sites around Harborough and there seemed to be much more activity happening than of late. The site is certainly geared up to the new Corvid-19 regulations, with designated pathways, signage and disinfectant stations evident. Over the last week or so, a few workers could be seen tidying the site and putting up fencing but today work has begun in earnest with tarmac being laid, scaffolding being erected and earth being moved. I could hear the rat-tat-tat of nail guns and the growl of generators  indicating work being done  on the rows of skeletal buildings. I noticed that no new plots were being excavated and those with just their concrete slabs laid, were lying idle. I wonder if only buildings that have progressed  beyond ground level were going to be  finished, in anticipation of a down turn in the housing market? It would make sense.

I met an old work colleague Clair  Watling, on one of the few  road sections of my route, she was taking her daughter’s dogs for a walk . We chatted for a good half an hour before the animals got impatient. Like many since lock-down began, she is thinking of getting her own dog for company and to give her a reason to get out and about since she lost her husband. You’re never short of conversation when walking a pet, other owners are always very keen to talk about their animals. It’s comical to learn that after only a very short while you lose your own personal identity and become ‘the’ person with; whatever is the dog’s name. 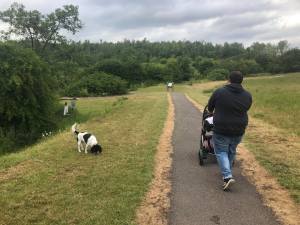 During the afternoon, with mowing the lawn completed, I spent a couple of hours replacing the cylinder of the automatic window opener in the greenhouse. Last summer the expansion liquid had leaked and it no longer worked, so rather that replace the whole unit I found that I could purchase just the cylinder. It took so long because I had to remove some of the glass panes, and being in full lock-down mood, nothing has to be done at speed , I have plenty of time to fill! Even chat to the neighbours.

Viv and Ian next door are chiropractors working from home, this week they started work again wearing their new PPE. Just after lunch, we nattered over the fence. They professed that their kit makes it more difficult to go about their work, the gloves restrict their manipulations and the visors steam up and make them sweat. I gave them a lettuce from the garden and a bottle of wine from the garage store for their tea, to cheer them up.

Today, Lee took Alice for a spin in her pushchair with Mia and Sarah in tow. He looked a very proud dad and it seems he can’t wait for Alice’s first Christmas as he pointed out it is just 200 days away. Humbug! I say!

09/06/20  A further 286 people have died in the UK with corona-virus overnight. All retail outlets will be allowed to open from 15 June.  According to reports, pubs in England could reopen again two weeks earlier than planned on 22 June. The government has abandoned  plans to reopen primary schools to all pupils in England before the summer holidays. Instead, the education secretary said schools will be asked to take in whatever children they can while sticking to the rules on maximum class sizes of 15 pupils and social distancing. A World Health Organization expert has warned that 40 per cent of corona-virus cases may have been spread by those who are asymptomatic. What better reason to continue to keep social distancing, wear a mask inside public buildings, wash hands frequently and not congregate in large numbers until this virus has ‘officially’ disappeared from our shores?  It has been a long three months but rugby fans in New Zealand are finally relishing the prospect of the sport’s return this weekend, when the gates are flung open to unrestricted crowds for the first time in the Covid-19 era. SEE, there is an end to this nightmare if we are ALL sensible and don’t meet to protest injustices, there are other ways to express feelings until this deadly pandemic has gone. I liken it to: Making your point by destroying the life-boats on the Titanic, protesting at the mistreatment of those in steerage class, it just does not make sense.

It was a pleasant day, dry and at times, warm. Both Sue and I spent the day in the garden, she filling more bags with windfall rubbish and myself  cutting the hedges and ivy at the front of the property. The three bins of leaves and twigs that I amassed will have to be deposited in Harborough’s recycle centre, to which I booked an appointment on-line, for 3.15pm tomorrow. However, the website states that I am only allowed to visit the site once every two weeks!!! The hedges at the rear of my property are considerably larger and much more extensive, it usually takes three days to cut them and half a day of back and forth journeys to deposit the debris into the  waiting skips. A problem that requires some devious thought.

10/06/20 Disappointingly, the UK corona-virus death toll has risen by 245 over 24 hours, according to the latest government figures. Zoos, safari parks and drive-in cinemas can reopen from June 15, along with non-essential shops. 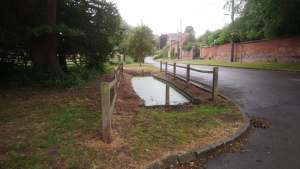 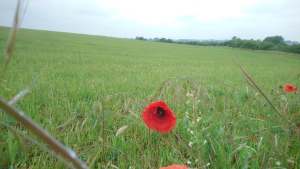 A day of showers and a few sunny spells. We made a late decision to take-on the weather and walk a route sent to Sue earlier in the week from the U3A. A short drive took us to the village of North Kilworth,  after parking up in front of the White Lion pub we set off down Green Lane with the light drizzle that accompanied us on our drive quickly dissipating. Straightaway we were impressed by this ‘Tardis‘ village. Many, many times we have flashed by its outskirts, speed limited only by the predatory speed camera located next to the ‘other’ now defunct pub. Maybe the demise of the the hostelry can be accounted for by the location of the camera, but it is now a house.

Our walk took us through its labyrinth of ancient streets flanked by dwellings from a variety of periods, all well maintained and most picture perfect. We wondered why we have never taken the opportunity to discover this little gem of a village before. We stopped briefly in Washpit Lane to read the information board describing the past use of its small pond: cattle wash, wooden wagon wheel soak, blacksmiths dunk. 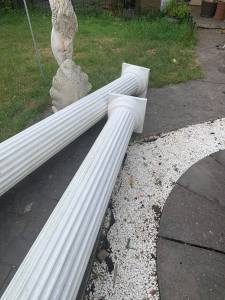 And the columns come tumbling down in Newbold Verdon.

We left the village on a path that led from the Parish church of St. Andrew’s taking us through a field of lazy cattle preferring to chew the cud lying down . Our route next took us across a small footbridge over the River Avon, close-by was the source of this famous river. Soon after we came to the Grand Union Canal, which we followed all the way to the new marina located  on the edge of the village.  A short road walk took as back to the car. At 3.85 miles this is certainly the shortest walk I have stretched my legs too, but we were fortunate with the weather and the surprise of discovering this gem of a village was well worth it.

During the afternoon I kept my 3.15pm appointment at Harborough’s recycling site and deposited my hedge clippings and Sue’s garden sweepings. After a short delay to wait for a car to reverse out of the one way system in operation (must have contravened one of the regulations),  I was one of only two visiting cars.  After a check on my registration number I was in and out in 10 minutes. Despite my prediction from several weeks ago that an appointment system would lead to chaos at the gates, it seemed efficient. But then it has been operating for two weeks now.