05/06/20 The  death toll in the UK passed 40,000, with the Department of Health announcing 357 new deaths of Covid-19 in hospitals, care homes and the wider community on Thursday. Brazil’s Health Ministry reported that confirmed cases in the country had climbed past 600,000, with 1,437 deaths registered within 24 hours with its official death toll now above 34,000, the pandemic has taken more lives in Brazil than anywhere except the United States and United Kingdom.

A cold and dry day in Harborough, but Sarah and family had a day of heavy rain and thunderstorms in Newbold Verdon. In Rothwell, Charlotte and family experienced hailstones.

Here, in between taking Mia for walks I managed to transplant a row of lettuce and a tree. When the postman arrived late morning, he delivered the Apricot tree that was ordered way back in March,  I had cancelled the order only last week as I was fed up with waiting! After lunch I dug a hole where the Victoria plum had mysteriously died and placed the Apricot in situ. The tree looks in excellent condition and I have decided to keep it, I now have a problem of what to do with the replacement I rashly ordered from another nursery. That too I have learnt, is now delayed!!!

Today I completed my clock making project. I had decided to make the clock a surprise for Sarah and Lee by placing Alice’s name across the dial,  I plan to give it to them when Mia is picked up on Saturday (tomorrow) . I think I have done quite a good job and it will hopefully be around long enough for our little grand daughter to be able to read the time herself.

06/06/20 The number of people who have died in the UK after testing positive for the corona-virus increased by 204. Across the UK, tens of thousands joined ‘Black Lives Matter’ protests calling for an end to systematic racism and police brutality, despite calls from the UK government to stay at home. Mixed feelings on this matter, clearly Martin Luther King’s dream is still a long way from becoming achieved in a presently  dysfunctional USA, but failing to acknowledge the pandemic ravaging humanity (regardless of race) and the deaths of 400 000+ worldwide, sacrificed because of human folly seems madness. There are grave medical consequences to protesting in the current situation, this virus does not want us to ‘live to fight another day‘. Meeting together in large groups threatens to undo the efforts of those of us who wish  to survive this threat to humanity. It is a circle, impossible to square in the current climate, I fear there will be no winners other than Mr. Corvid, unless sense and patience are exercised by the protesters.

It was a day of heavy showers and a chilly breeze. Great for my thirsty potatoes, onions and fruit bushes, deprived of April showers and of any precipitation at all in May. I swear I could hear their voracious underground slurping of this precious heaven sent liquid.

Today, we lost Mia. Lee arrived mid morning to take her home to see Alice. I have a feeling that between the two of them, Sarah and Lee are going to have a busy time in keeping up with baby feeds and doggy walks. Sarah loved the home-made clock. 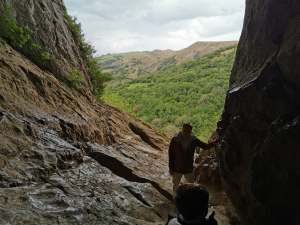 Shortly after Lee left, Jamie, Ruth and Joey dropped-by briefly on their way up to the Peak District to shake off a bit of lock-down fever. Despite the inclement weather they appeared to have had an energetic day climbing in and out of a system of caves.

During the evening Sue and I watched a film ‘The Most Hated Woman in America‘. This drama follows the controversial life of outspoken

atheist Madalyn Murray O’Hair, from her landmark court battles to her infamous abduction. Neither Sue or I were aware of her story and the effect she had on American society. We found it a fascinating biopic, as they say: It can only happen in America, or can it?

Today, whilst Sue did some lock-down shopping for Linda and Paddy, then picked up a cross-stitch pattern from Doreen to complete (when she has time), I read an interesting on-line article. A UK start-up is set to raise £5m to meet a demand for its software which turns video cameras into COVID-19 health monitors. Oxehealth’s programme detects pulse and breathing rates from a distance, keeping care home and mental health trust staff safer. Like a growing number of house holds, for security and communication we have cameras around the home. I should imagine that the Google Nest Hub Max situated in the lounge would be an ideal candidate for such a task, though I am not so sure I would welcome the intrusion. I can see the advantage of your health being constantly monitored, but it makes me uneasy, particularly as I think it may become a cheap and popular alternative to a visit from the doctor. Is this the future?

07/06/20 The UK death toll from corona-virus has risen by 77 to 40,542 – the lowest daily increase since lock-down began on 23 March. Global cases neared 7 million on Saturday, as  numbers surge in Brazil and India. The Brazilian government has stopped releasing its total numbers of Covid-19 cases and deaths and wiped an official site clean of data. The move was ordered by far-right president, Jair Bolsonaro, himself  and was met with widespread outrage in Brazil, with more deaths than Italy and more cases than Russia and the UK. I am surprised that Donald Trump hasn’t tried this tactic to play down the pandemic, they seem to have a lot in common, particularly a mistrust of science.

A miserable day in Harborough, cloudy, damp and chilly. The highlight of my day was watching the 1966 World Cup Soccer Final on Channel 4. At the time, Sue was 12 yrs old and on an athletics trip and listened to it on the coach’s radio. I was 13 yrs old and on holiday with my parents in Bridlington, I saw some of the game on a TV in the window of an electrical retailer. Today was the first time I have seen this remarkable and sadly unique game in its entirety. It was wonderful, I managed to ‘lose myself’ in the drama of the occasion. It is on a level with England winning the Rugby World Cup in 2003, nearly.

Suraj took this photo from the bedroom window last night. He saw a green light in the field, just visible in the centre of the image. Evidence of an alien visitation? Or, perhaps a bit fell off the Dragon capsule and landed in Rothwell? May be a case for Mulder and Scully? In reality, probably something quite boring and innocent, but it made for some interesting guesses on  family Messenger. 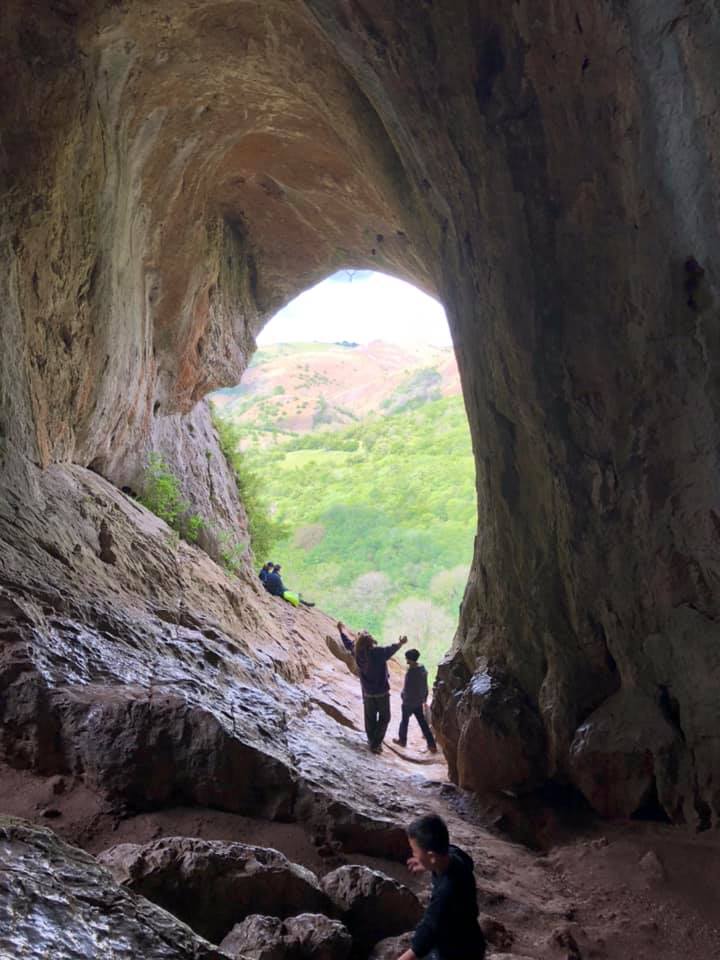