13/04/20 I am only a little bit superstitious, but today is the 13th April and this is the 13th entry of Living in Lockdown! Just saying.

I read this morning that DuPont (America) supplies PPE to the medical services throughout the USA. The raw materials are sourced in the USA, sent to Vietnam to be made/stitched, then returned at a cost of $5 each set. When the government placed a large order, DuPont claimed that it couldn’t transport sufficient materials to Vietnam and back to fill the order. The government overcame the problem (quite rightly) by supplying the aircraft to complete the requisition. DuPont then sold 60% of the PPE they made for $15 a set, to the USA and the remaining 40% was sold to other countries.  Edward D. Breen is the CEO of DuPont. Morally, such profiteering ($5 marked up to $15) when the whole world is in such a predicament is unacceptable, though I suppose he would argue the law of ‘supply and demand’ would naturally increase the price. Plus, some of the PPE was shared to other countries (price unknown). However, when you consider that the company’s revenue for 2018 was $89.97 billion, it begs the question whether profit should have been considered when filling this particular order. Obviously it was. Mr. Breen, you are responsible for putting profit before the lives of the citizens of the world and you should go to jail. You could have chosen to accept a tiny dent into the profits of your huge organisation and provide the equipment for free to those heroes who are desperately trying to save  the lives of your fellow citizens, but YOU chose not to. As Jared Kushner, senior advisor to his father-in-law, Donald Trump was the person who arranged the order, I seriously doubt whether you will held to account.

As the weeks roll by, and long after Corvid-19 has been suppressed, the world will no doubt learn more of those who have viewed this pandemic as just another opportunity for their own advantage. They are an insult to those in the emergency services,  associated occupations and ordinary law-abiding citizens who eventually manage to survive this horror. From the opportunistic telephone rip-off scoundrels to the corporate Mr. Breen, I hope you sleep uneasily from now until hell.

As expected, wind from the north dropped the temperature sufficiently for me to swap my light summer cycling gear for its thicker and warmer winter equivalent. Today I came across fewer dog walkers or rambling couples, maybe a combination of a cold breeze, Easter Monday and lock-down was too much of a discouragement to leave a cosy duvet. Their misfortune, they missed the crisp clean air, spectacular hedgerow displays of white thorn blossom and that exhilarating feeling you can only get from being  in the open and engaged in honest exercise (social distancing observed).

The last section of concrete soil has now been turned over and mangled to a reasonably fine tilth by rotavator. What am I to do now? I have lost three hours of profitable daily activity that even by increasing my therapy mowing sessions won’t fill. I feel a crisis coming on. Later, during the afternoon I planted some more beetroot in trays and filled the greenhouse heater with paraffin in readiness for the night frosts predicted by the BBC.

Sarah has entered Mia’s photo in a Vodafone pet picture contest and been on a geocache  hunt and found the last one in the village that she had left until now. 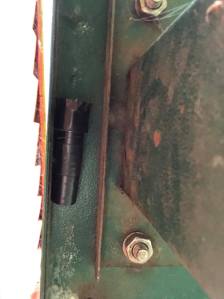 For once I don’t know what Charlotte and Jamie have been doing today as unusually they haven’t been on Messenger.

14/04/20 Among all the depressing news and statistics that I read and listen to, today there was one little snippet that I found heartening: A mother with coronavirus has given birth while in a medically induced coma. Angela Primachenko, 27, from Vancouver, Washington, caught COVID-19 in March and was placed on a ventilator when she was 33 weeks pregnant. The respiratory therapist’s condition deteriorated to the point where doctors put her into a coma at Legacy Salmon Creek Medical Center and later helped deliver her baby while she was under. The baby, named Ava, tested negative for COVID-19 but has had to be kept apart from her mother temporarily.

But hey, this was America! Note that the mother is a respiratory therapist (no doubt her occupation led to her infection). On March 30, her twin sister launched a fundraiser to help with the medical costs, raising almost $50,000 (£39,800) so far. “Hospital bills are crazy and Angela and David are small business owners so their insurance does not cover most of her stay.” Not quite the good news item that I first thought. Thank heaven for a NHS that values life first and foremost. 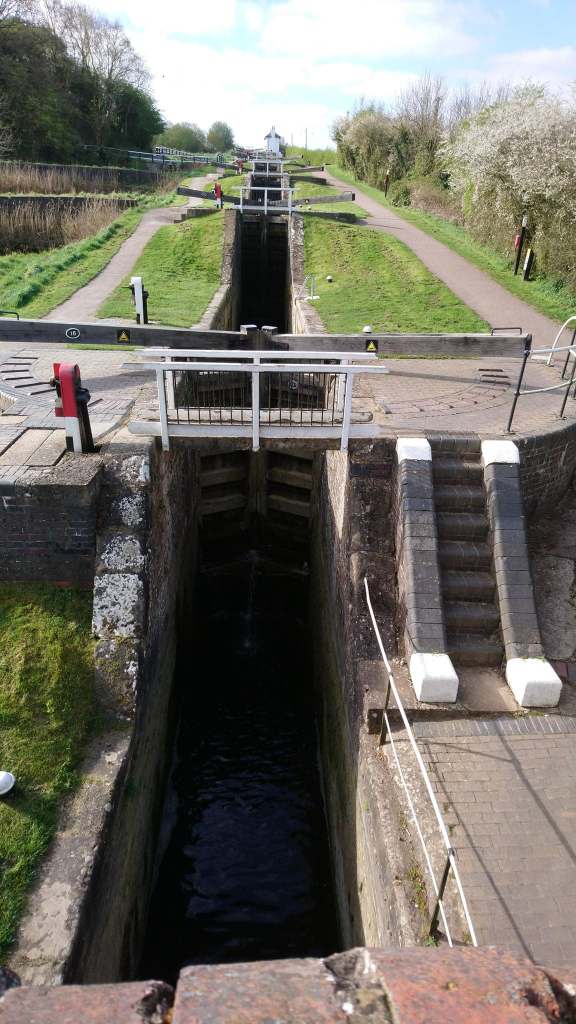 In my search for something positive to occupy my mind I came across: Kindness in Crisis. Page after page of fantastic people who are actively ‘doing something’ to help out the NHS. Reassuring to know that a majority within the UK appreciate the health service because it values life, regardless of an individual’s particular financial resources. 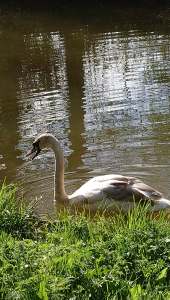 A chilly night gave way to a sunny, refreshing morning. Daring to don my thinner, summer cycling gear again I tracked my way along one of my most favourite routes, taking in the villages of Lubenham, Gumley, Foxton. Great Bowden, returning through the centre of Harborough. As usual there were few people about and those that I came across were cheery enough, though making sure they gave me a wide berth. It is pleasing  to see that the blue bells are beginning to flower, joining the already established cyclamen with vivid splashes of colour,  I have to be extra careful  not to run them over when distracted by panicking pheasant or rabbit. Returning through town there seemed to be a few more people around than I have experienced during the last four weeks, weirdly, the ATM’s had quite long queues. Do they not know that cash can spread the virus? 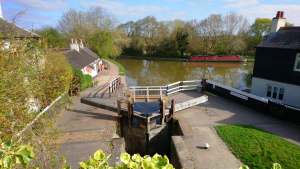 The afternoon was filled with a small repair to the fence, greenhouse sowing of squash, parsley, coriander and finished off with a spot of therapy mowing. A lovely warm afternoon encouraged shorts and T-shirt until around 4 pm when the temperature began to fall and Sue and I sought refuge inside. We count ourselves as lucky, we have a garden that requires attention and as such helps combat boredom and distracts from the woes of the world. I feel for those trapped in apartments, with little or no easily accessible outside space. Lock-down must be particularly tough. This evening’s news that it may continue for the next three weeks must by very disappointing.

Sarah and Lee have had a visit from the gas engineer today. Sarah has been having headaches and a fuzzy head for the last three days, but it disappears when she is outside and returns when back inside. There is no gas leak, and the carbon monoxide sensors are clear, so it remains for the present a bit of a mystery.