We didn’t berth in Livorno until 10am and by then Sue and I had breakfasted and were up on deck watching the proceedings. Another lovely blue sky day with a flat calm sea. The ship eased into its moorings among the many large and small ships of this very busy port without a hitch.

The city itself starts at the exit/entrance to the port where its main street runs right into the centre. The port authorities had provided a shuttle bus for passengers to the port gates, but we had embarked before they came into operation and we walked the short distance ourselves.

It took us around 20 minutes to reach the Cathedral. A large and depressing building with very little internal light. Dingy is the word that describes it best.

We moved on to the old quarter, found the street market leading to the city market and meandered among the stalls. Sue tried on a few jackets, but couldn’t match size with colour and in the end no purchase was made. 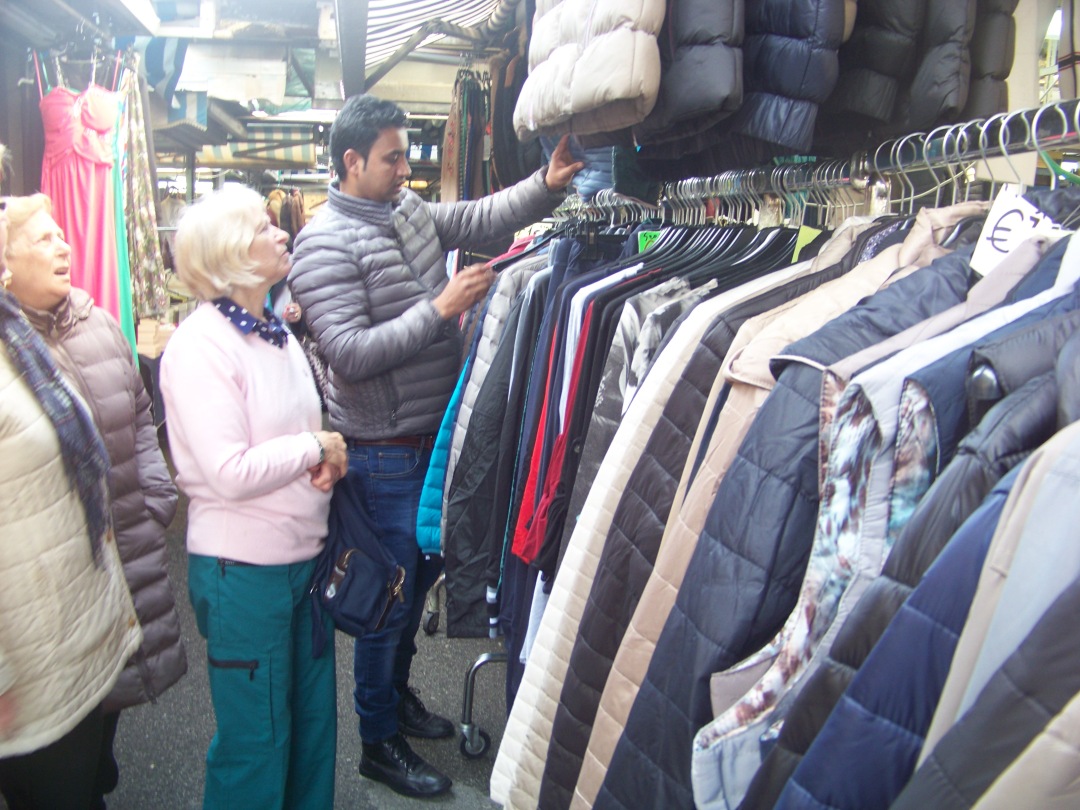 We wandered further and came across large piazzas with many statues. The city has the name ‘Little Venice’ because of the canals that wind their way through the city, we came across many of these, all choked with moored boats, probably berthed for the winter months.

We discovered the city castle and spent some time reading the information boards and admiring the views its elevation gave of the town. The shade provided by the many Umbrella Pines within its walls was welcome from the heat of the midday sun. 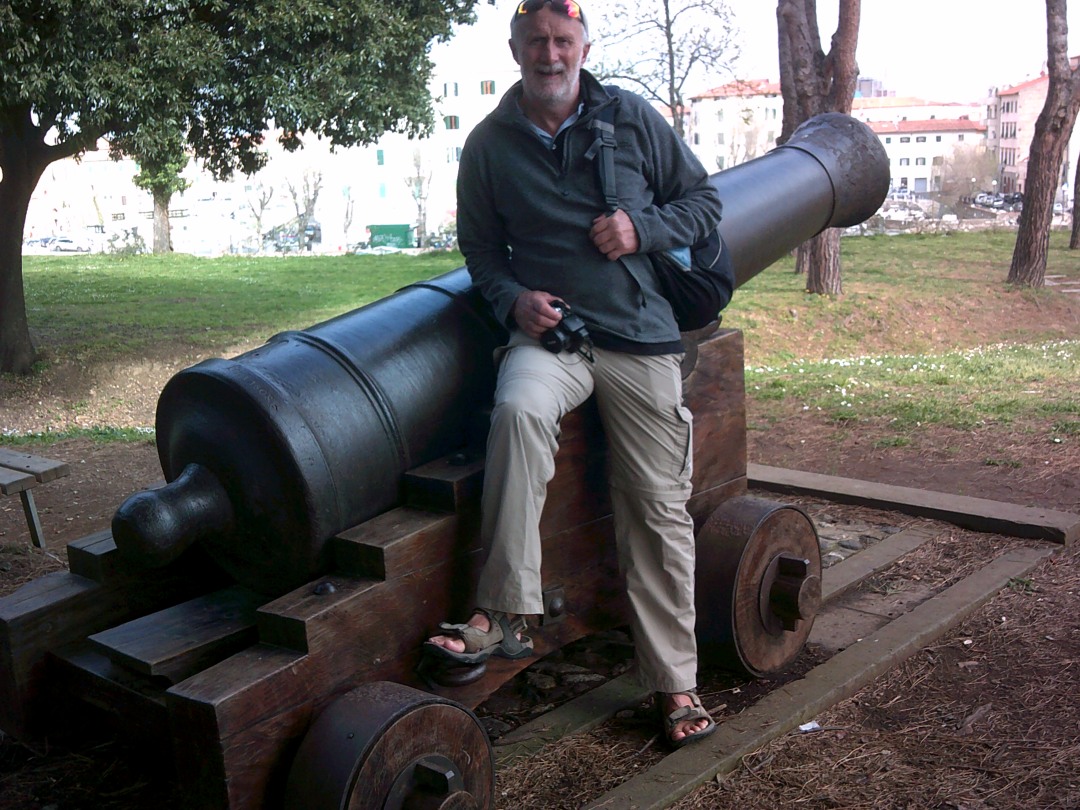 We returned to the ship via the market and just in time for the start of lunch.

We had booked an excursion to Pisa and after collecting our bus sticker form the Grand bar we  boarded our bus for the 40 minute journey to this iconic city. On the way we passed a large American military base, row after row of military hardware was clearly visible from the road. There was a lot of fire power here!

Sue and I with just a few others split off from the main group of passengers as they had a guided tour and we were going to do it ourselves.

The Cathedral, Leaning Tower and Baptistry are located within the ‘Square of Miracles’, entered through a fairly unimpressive gate. But once through, what a sight! We both agreed that it was on a par with the Taj Mahal, though the local hawkers here are pretty tame beasts compared to their Indian counterparts. 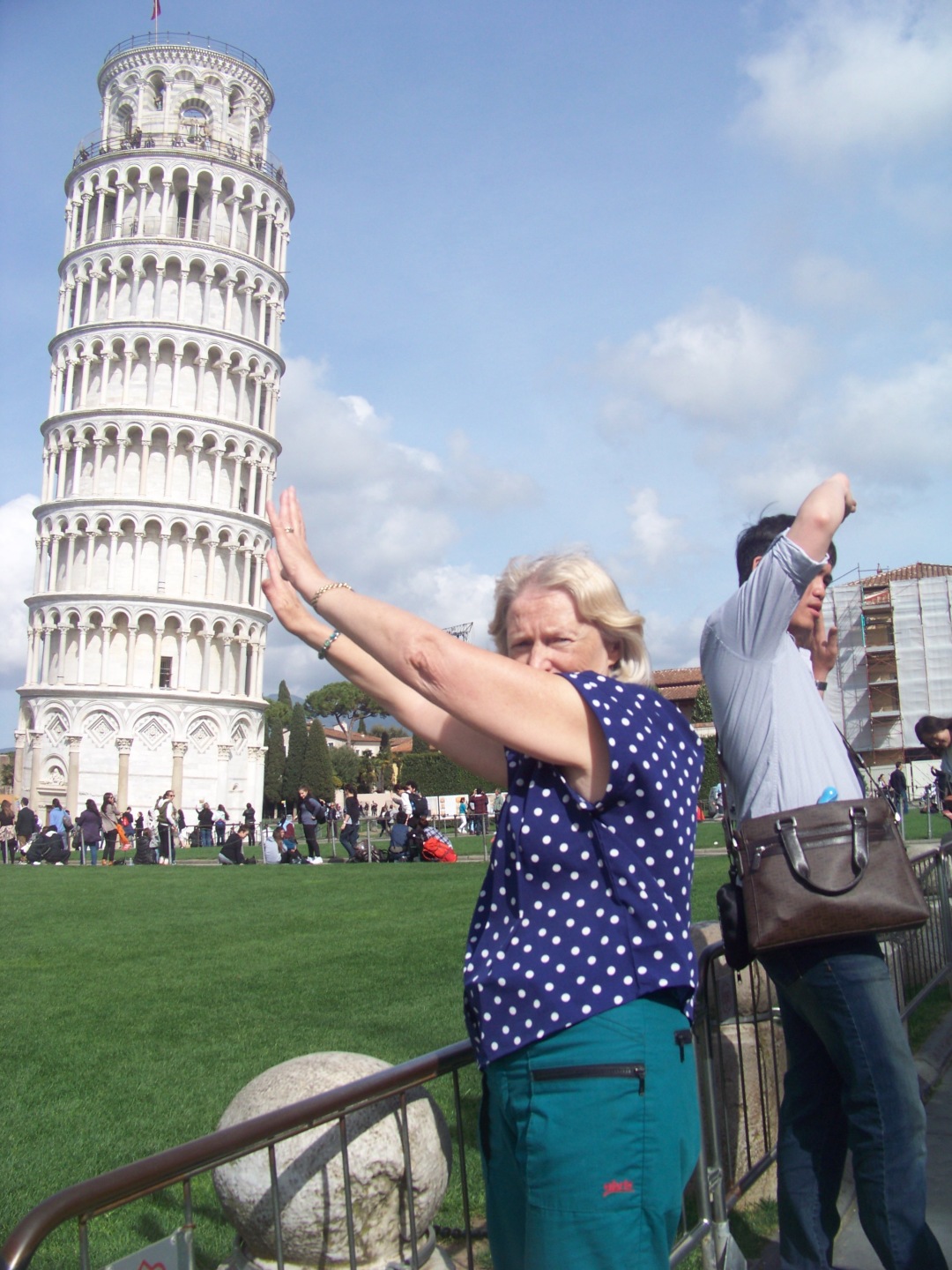 Plenty of photographs taken including the popular ‘I’m holding the tower up’ shot. We attempted to buy a ticket to climb the tower, but the slot we would have been given matched the exact time that our return bus left. We visited the Cathedral instead. Huge, beautiful and well worth the free ticket price. The Baptistry from the outside was just fantastic, so I guess the inside was too. We didn’t have the time to investigate, but at 5 Euros to enter I am sure it was a bargain.

While waiting for the coach party to gather, Sue managed to purchase another Christmas bauble and then a couple of other items. We refreshed ourselves with beer and ice cream in a bar and Skyped Charlotte, Sarah and the boys who had been out for the day, before boarding our coach to Livorno. 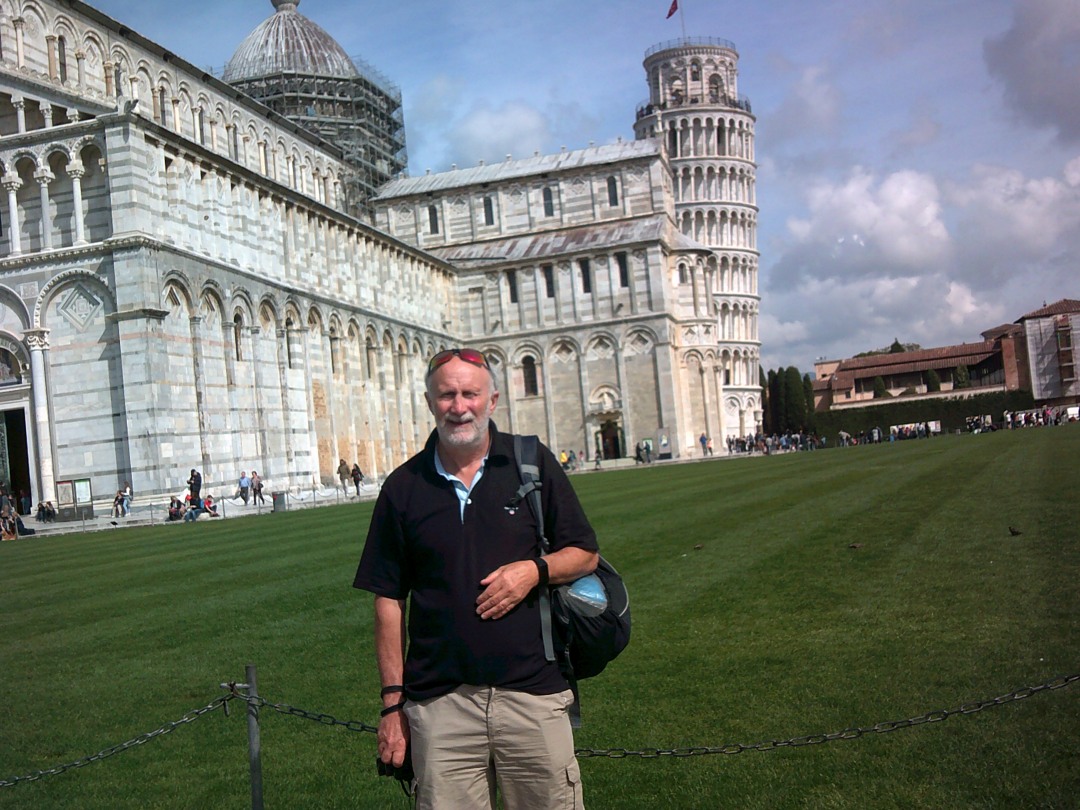 We had a rest in the cabin before the evening meal. I spotted a very photographic sunset through our window and raced up on deck to take a few shots, but I missed the best.

The entertainment this evening was quite frantic. First we watched the dance troupe repeat their ‘Latin’ numbers of last night (brilliant again) then rushed to the other end of the ship to catch a show featuring a silent comedian from New York. Quirky of the wall humour.

Returning to our cabin we  packed our suitcases for disembarkation in Savona tomorrow.