What lovely sleep. No hurry to get up, and no-one rushing to catch an early departure excursion to disturb our slumber. After recovering from the shock of a searchlight of a window and eyes focussed, another lovely cloudless day was revealed. Little islands began to slowly slip by on a flat calm sea. Where were we?

Breakfast was fairly busy but we had no trouble finding a table. A couple of German ladies that we have already shared a meal or two before with joined us and we chatted about possible locations for the ship. It was thought that we were somewhere near the toe of Italy.

I spotted quite a large island slide into view so leaving Sue to her breakfast and conversation I left to take a closer look on deck. The island was from our angle, a perfect equilateral triangle topped with a shroud of thin cloud. I could see a small settlement of white washed houses on the lower slopes. It was Stromboli, not a place I would choose to live, even if this volcano has been dormant  for many years now. 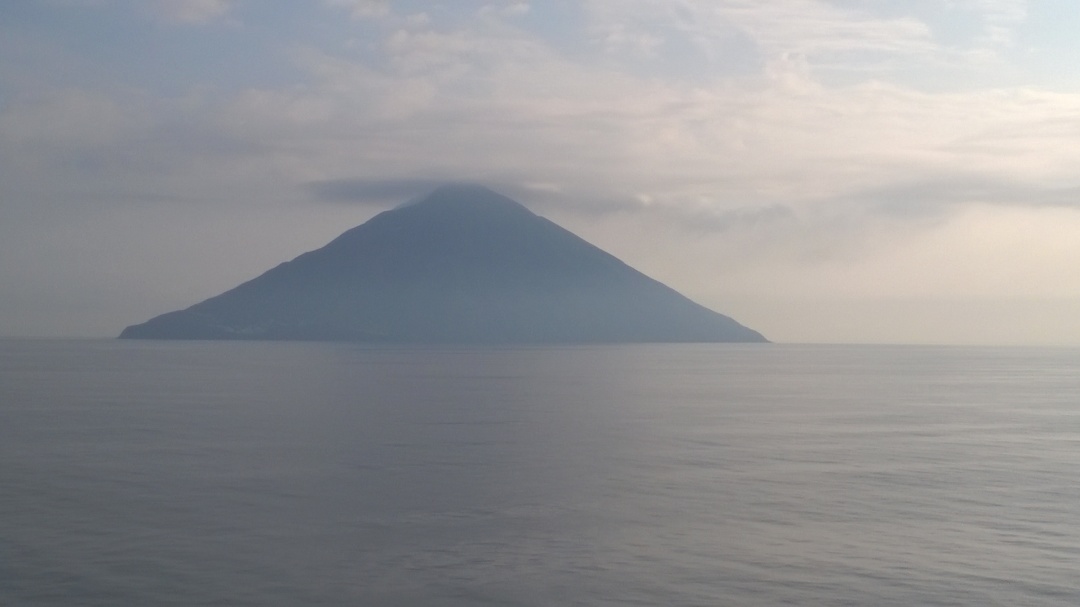 There was a meeting this morning for the English passengers to explain the disembarkation procedures. It was the same as the last time we landed in Savona so it was a bit of a waste of time, but reassuring for Sue.

We attended the morning quiz based on the shape of countries, but like most, we stood no chance as the winner already been on the ship for 5 months and obviously got 10/10, he had done the quiz several time previous. Hmmmmm.

After morning coffee we were on our way to watch a farewell show in the Grand Bar and I got in conversation with a Dane on education, politics and terrorists . Sue watched the show and said it was brilliant when I met her again in the restaurant for lunch.

During the afternoon we sat and watched a video of an excellent concert by the Bee Gees. The Dane from this morning, and his wife sat next to us. At the end of the concert he gave me a questionnaire to fill in for his work back in Denmark. I filled it in later on the loo, it seemed appropriate.

Returning to the cabin I broke my cabin card by sitting on it, but after a visit to reception it was soon replaced. We attended the next quiz on National Costumes and didn’t do very well, there are some weird styles out there.

After coffee and sandwiches at the back of the ship we returned to the Grand Bar to watch a superb ‘Swing’ dance show. The speed of dancing was just blurring, it is a wonder that feet and  hands aren’t shaken off with the exertion. I lost count of the number of tunes they ‘swung’ to, the pace was that quick, and they managed at least a dozen costume changes as well! 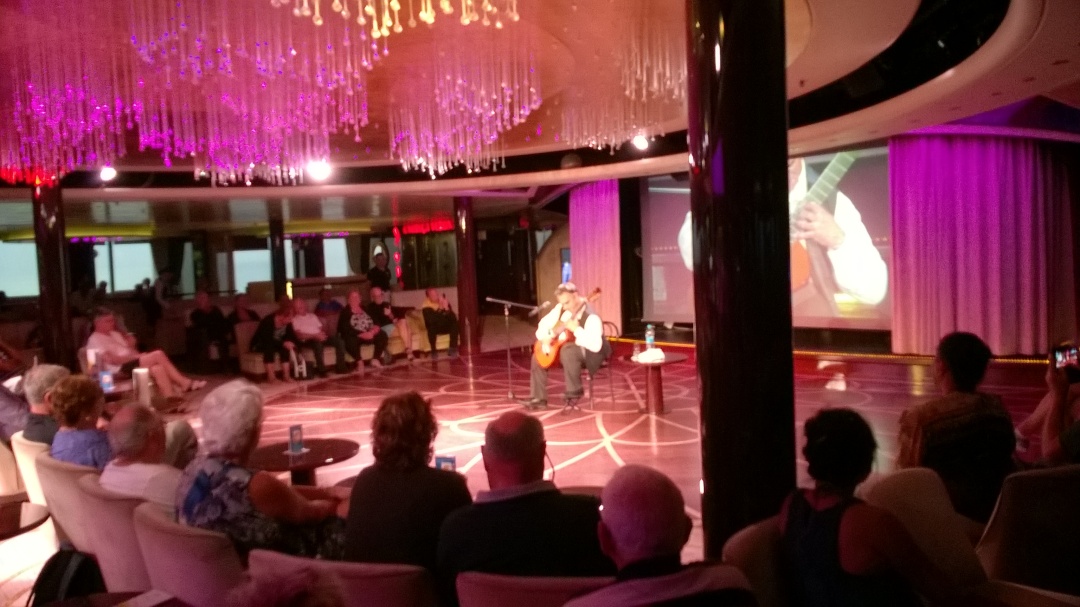 We ate late again this evening and as expected there were very few eating at this time. The evening show was put on by some members of the crew, very amateurish but fun and a nice way to pass then time when there is only BBC World and Italian channels on the TV. If you have ever watched Italian television, Berlusconi has a lot to answer for.