Woke to the captain informing us that there is presently 4700m of ocean below us and that a pregnant goldfish is called a twit. Hmmm…….. random!

We slept well. We breakfasted formally at the Sapphire and joined a table of 8 Aussies. Australians can be relied upon to wade straight in with conversation, there is no breaking of ice, what you see is what you get. I guess for a country that welcomes immigrants, it is not surprising that one takes us for English, assuming at first that we are from somewhere on their continent. It is our ignorance of place names and current local politics that gives us away. 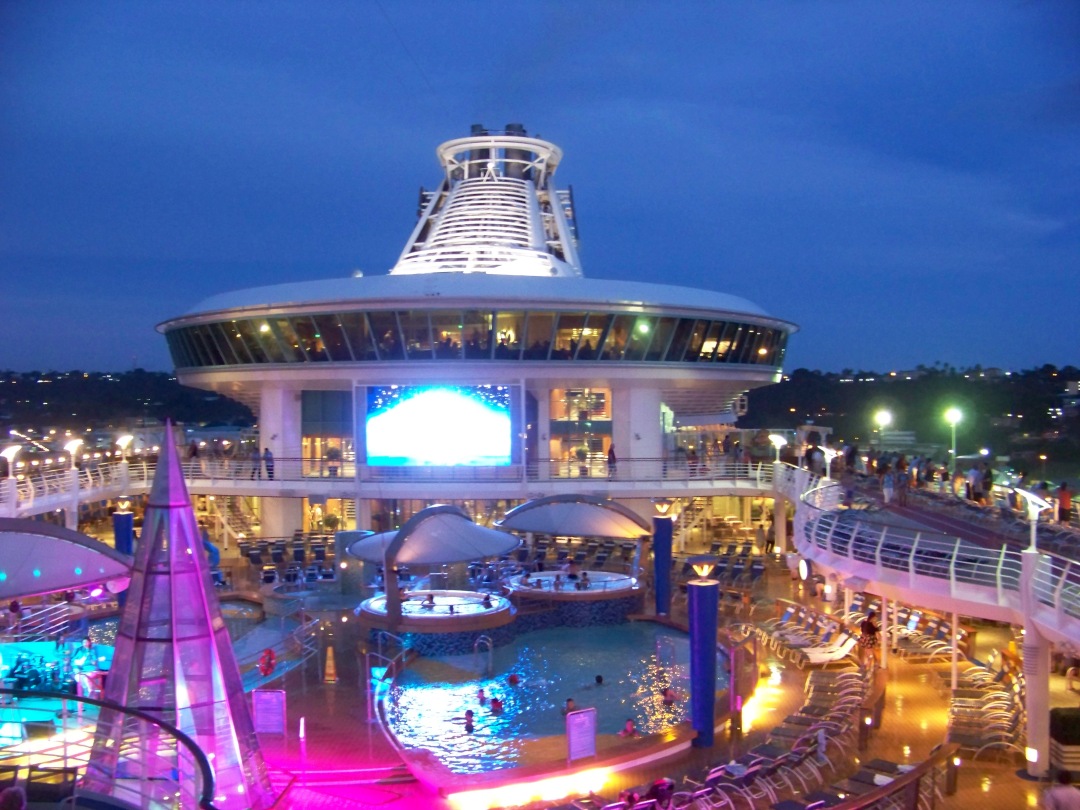 Last night before going for dinner I had watched the Kleber v Williams final from Melbourne in  one of the ships pubs but had to leave to eat with Kleber 2 sets to 1 up. This morning I discovered Kleber had won, yes! Go Europeans.

I had salmon Eggs Benedict for breakfast with Sue sticking to cereal and fruit. I have only ever had EB on board a ship, though to be fair Sue did make them once for me at home and they were just as good. You can have them with bacon and mushroom instead of the salmon but they are nowhere near as tasty.

Afterwards we took a turn around the decks but the more exposed ones were off limits as though it was a gloriously sunny day they were very windy. The captain had mentioned that we  had to make high speed to New Caledonia so I guess it is the speed of the ship creating the wind as the sea looks relatively calm.

Yesterday we played table tennis for half and hour and we did so today. However, because of the wind it was quite hilarious as the ball became unpredictable and we often played the ball from other tables and theirs, ours, causing great amusement among us all.

On the way back to the room I discovered the gym and Sue the shops. After a coffee I changed and went back to the gym and spent half an hour on the running and cycling machines. The bones in my feet are not used to picking up speed any more and I hobbled back to the cabin with them quite sore, but I felt great. 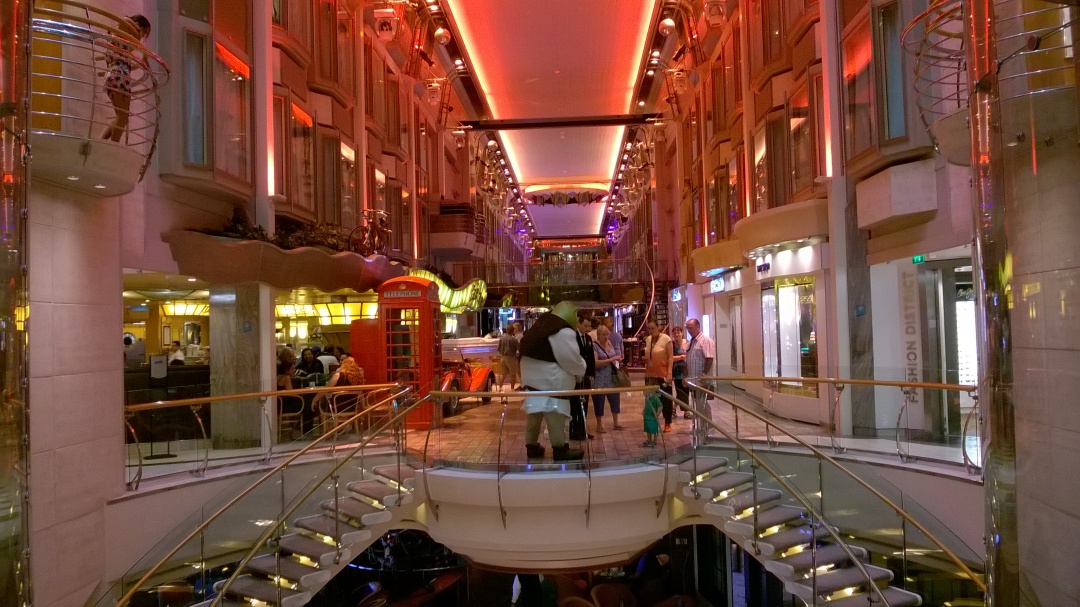 We had lunch in the Windjammer and for once I was surprised that Sue had a salad with me, though she professed that it was a disappointment and she should have had the curry. We sat and chatted with some Aussies from near Byron Bay (not that we had a choice).

Next we attended a lecture on Forensic Science. Big mistake. The room was packed and if we hadn’t sat in the front row we could have left quietly. The lady didn’t know her subject, her presentation was amateurish, and at times she was just plain wrong. We both agreed  that it was extremely boring and we won’t be returning for the follow-ups.

Sitting down for an hour being bored and fighting the urge yawn made us very lethargic (unlike some of our fellow attendees who also couldn’t escape, they dozed) on returning to the cabin we napped for over 2 hours. Sue woke with a headache. Damn you Forensic Sheila!

Prior to entering the dining room we joined the Captains part on deck 5 and had a glass of champagne and listened to his welcome speech (fairly amusing). He is Norwegian. We found out that: There are 4300 passengers, 1500 crew, 3700 are Australian, 150 are British and when the ship was built in 1999 it was the largest in the world. 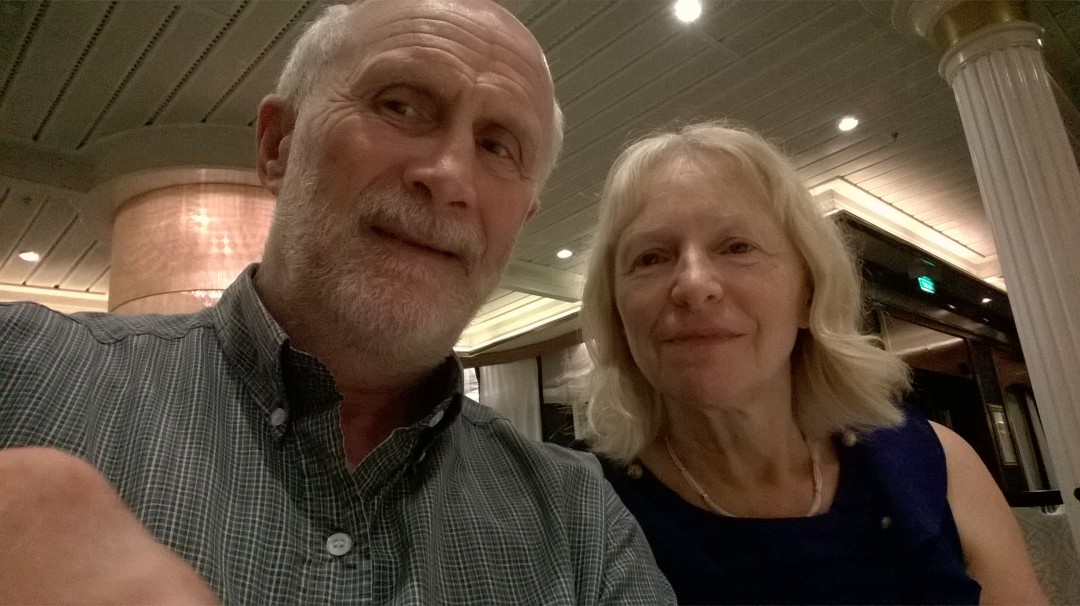 Tonight we had company. A nice couple from Adelaide shared our table, though the other 4 chairs remained empty. We swapped family stories as we ate and they like us had not done many cruises so neither of us felt overwhelmed by the knowledge of ships, routes, ports and and cabins that most onboard seemed armed with.

The show tonight was songs and dances by the ships’ troupe taken from Broadway shows. Very enjoyable and after a late night coffee we hit the pillows around midnight.