On the very last day of 2019 I bottled the last of my wine. The whole process of wine-making has been a bit of a struggle this year, a very wet summer meant that my vintage babies often had their roots submerged underwater and the lack of sunshine didn’t help the ripening. Surprisingly the sugar levels were high and indeed when it was time to stop the fermentation process at my preferred S.G. by the addition of Campden Tablets to inhibit the yeast, it refused to stop. It took several rackings and yet more tablets before the yeast gave up the ghost and I could clear and bottle the wine. This year, I chose to experiment with the red wine and added mango juice to the fermentation stage, I also siphoned some off into a quantity of white wine that had been further fermented, hopefully to produce an acceptable Rose. There are now around 60 bottles or so, stacked in the garage waiting to be sampled, probably in March. Fingers crossed.

For the last couple of years I have sent the  ‘children’ (and their husbands) on a Murder Mystery’ jaunt as my Christmas present, this year they were joined by Ruth.  On the 3rd Jan. the six of them met up at The Olde Barn Hotel in Grantham for an evening of murderous fun. Sue and I took charge of Lucas, Ellis and Harry while ‘mum and dad’ had some precious time together. It seems that the evening and overnight stay went well, with Charlotte and Sarah successfully solving the crime. After breakfast in the hotel they managed to get in a little shopping excursion, before returning to reality. 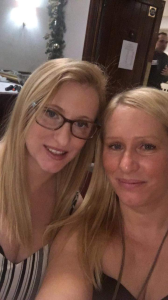 COMMENT: I was only 9 years old, but I remember well when the  world was in fear of its future during the Cuban Missile Crisis (1962). America at that time was led by a president (John F Kennedy) who I believe had credibility as a leader of his country, the respect of most of the civilised and democratic world and the confidence and gumption to put the protection of America and its unique culture above his own ends. History records that sensibility prevailed and the world breathed a huge sigh of relief. A year later, he was rewarded by being assassinated by one of his own countrymen. America’s loss was the world’s loss. I earnestly hope that the assassination of Qasem Soleimani on the 2nd Jan. was for the good of America, the world and all ‘right-thinking’ individuals in whatever country, but I have my doubts. Soleimani was no saint and we all may be better off living in a world without his influence, yet I can’t equate this action with that of Donald Trumps other ‘solutions’ to the security and future of the USA. Kim Jong-un, Vladimir Putin, Xi Jinping or the leaders of several South American countries that the country has ‘issues’ with, where discussion, influence and ‘give and take’ seem to be the strategy employed . I hope that his choice of action has nothing to do with oil interests, armament sales or a deflection of his personal current difficulties regarding impeachment. One thing I am absolutely sure of, is that DT is no JFK and the future of the world is in much less stable hands with his presence in the White House. Simplistic thinking and an apparent refusal to seek or take advice does not make for good decisions, to be an American abroad must be very worrying.