Our hotel is situated on the Avenido El Sol, which is a long wide busy road crammed with local and touristy shops all the way to the centre of the city, finishing at the historic Plaza de Armas. We had no plans for today so after breakfast we perused the city map and chose to visit yet another Inca site to the north. The Satnav on my phone plotted the route and indicated around 40 minutes walking time. It didn’t show the elevation along our route, the decrease in oxygen levels and the number of steps we were going to climb!

Yes, my mobile guided us accurately through the narrow winding streets and insanely vertical steps to our destination. We took many rests to pant and suck in vital life-sustaining oxygen. I can understand how John Peel had a heart attack here and died!!! The elevation is 3800m. 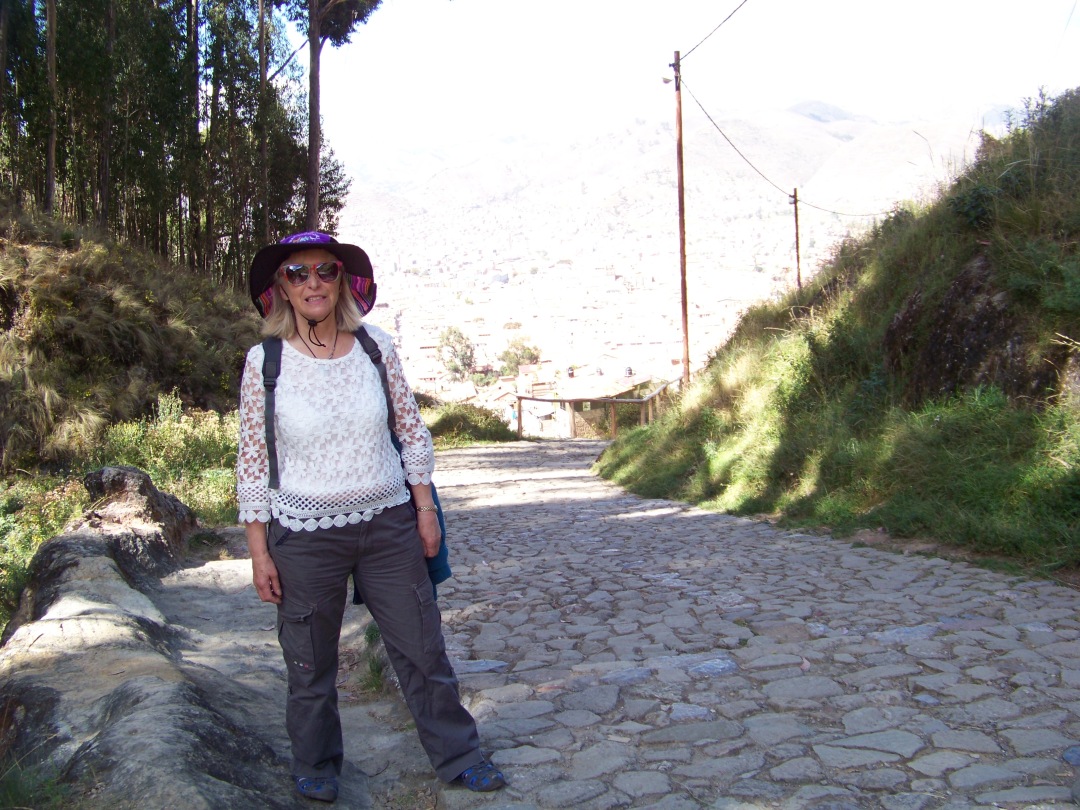 It was 140 sols for the both of us to enter the site and after paying the fee at the entrance gate, very disappointingly we discovered that the ruins were still higher! Again, after many breathless rests we came across the first of the ancient structures. We are experts now, and can tell the importance and purpose of an Inca building by its construction and this one was built for a king.

First we took the opportunity to take photos from a view-point of the city. We sat and panted for quite a while, admiring the sprawling city below. We watched several aircraft land and take-off from the airport we would be taking advantage of tomorrow and used the binoculars to observe dancers in the Plaza De Armas way below. Moving on we meandered around the fairly well-preserved archaeological remains, the Spanish had sacked the site and used much of the stone work for their own building in the city. What remains were those stones too big to move. 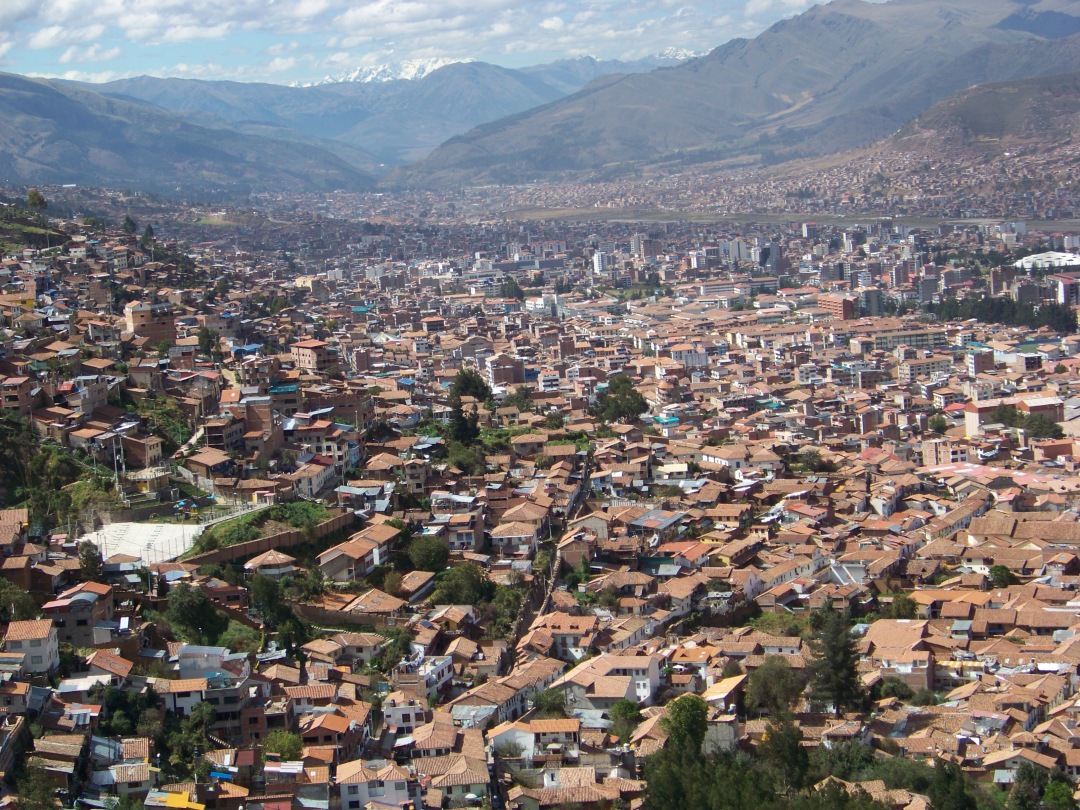 At the highest point we came across a couple from our tour party and dallied awhile chatting about the tour. We met them again at another point in the site where there was a poor copy of ‘Christ the Redeemer’. Afterwards we walked with them to the Plaza before going our separate ways. 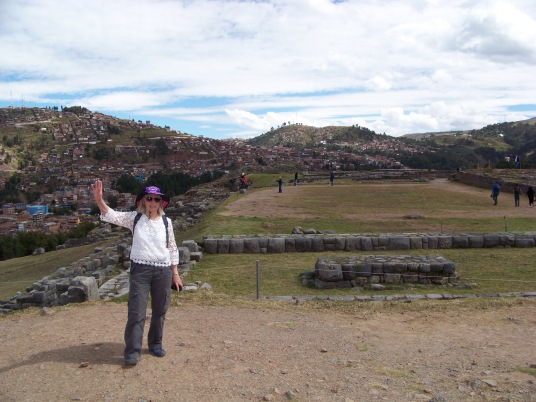 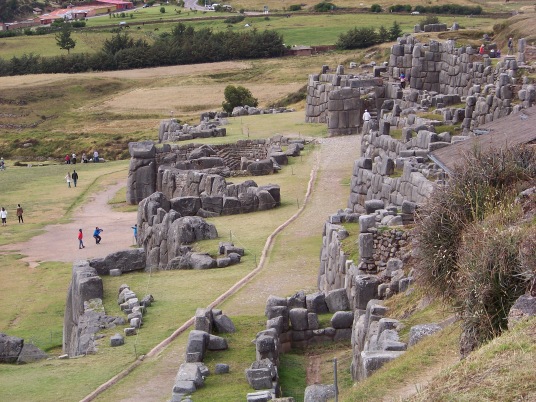 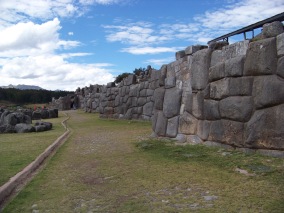 What a lovely place this central Plaza is. As expected, thronged with tourists but also many parties of children practising their dances for a winter solstice celebration (21st June) to be held at the site we had just visited. I hoped they know that there isn’t much oxygen up there. We were hungry, so after finding a tiny restaurant just off the square we ordered food and drinks and checked out the internet while we waited. 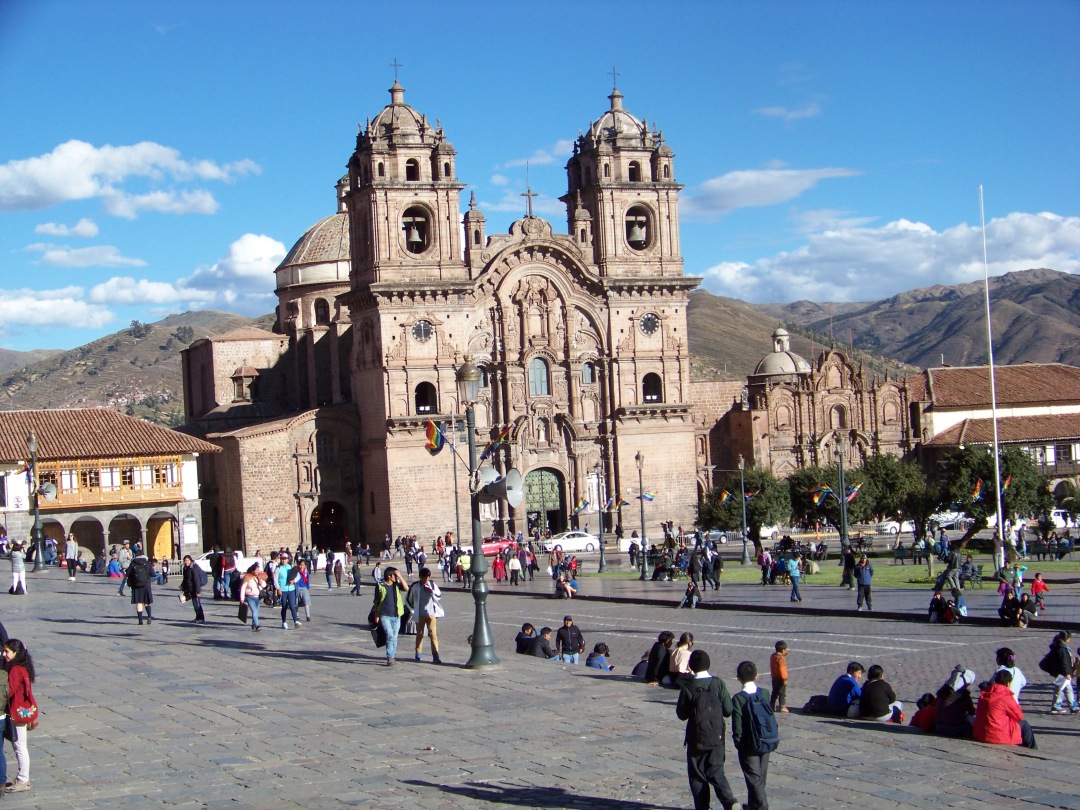 Fully satiated we visited the Inca Museum. Deceptively big, we wandered its many rooms looking at the wonderful artifacts on display. The Incas were and still are a clever race, ingenious and artistic. It is shame that the Spanish discovered them.

From the museum we sat awhile and watched the dancers practising their moves to the beat of a drum or the sound of a flute. Absolutely charming to witness. Next visit was to the Cathedral (Templo De La Compania De Jesus) constructed in 1571 and occupying one side of the Plaza. As expected, dripping with gold and famous for having the largest altar in Peru (21m x 12m). Exhausted, after climbing many steps we took photos from an upstairs window of the plaza below, before descending into the bowels of the building where we visited the crypt. The building contains one of the most important Peruvian paintings which depicts the marriage of Sir Martin of Loyola and the last Incan Princess, Lady Beatriz Nusta. A bit of early Spanish propaganda , if you ask me! 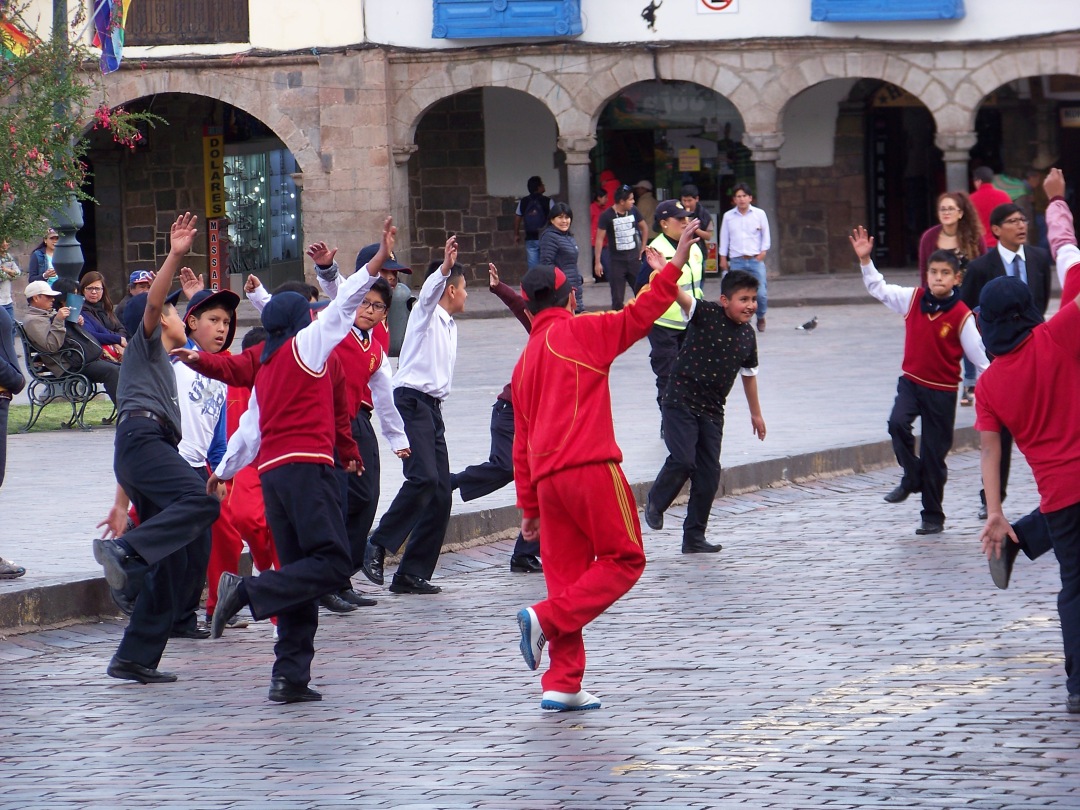 Following a rather circuitous route we returned to the hotel for coffee and a much needed rest.

We ventured out again at around 7pm to visit the Plaza once again. Even more groups were practising their dances at regular spaces all the way around the square. We sat and watched for ages, fascinated by their movements. Each group was obviously telling a story with their dancing and some of the choreography was better in some than others. We guessed there would be a competition to decide who was the best on the day, so focussed were the individual dancers, intent on getting it right. Groups of teenagers practising their dance moves in public view and obviously enjoying every second, we couldn’t see this happening in the UK. Such a shame. 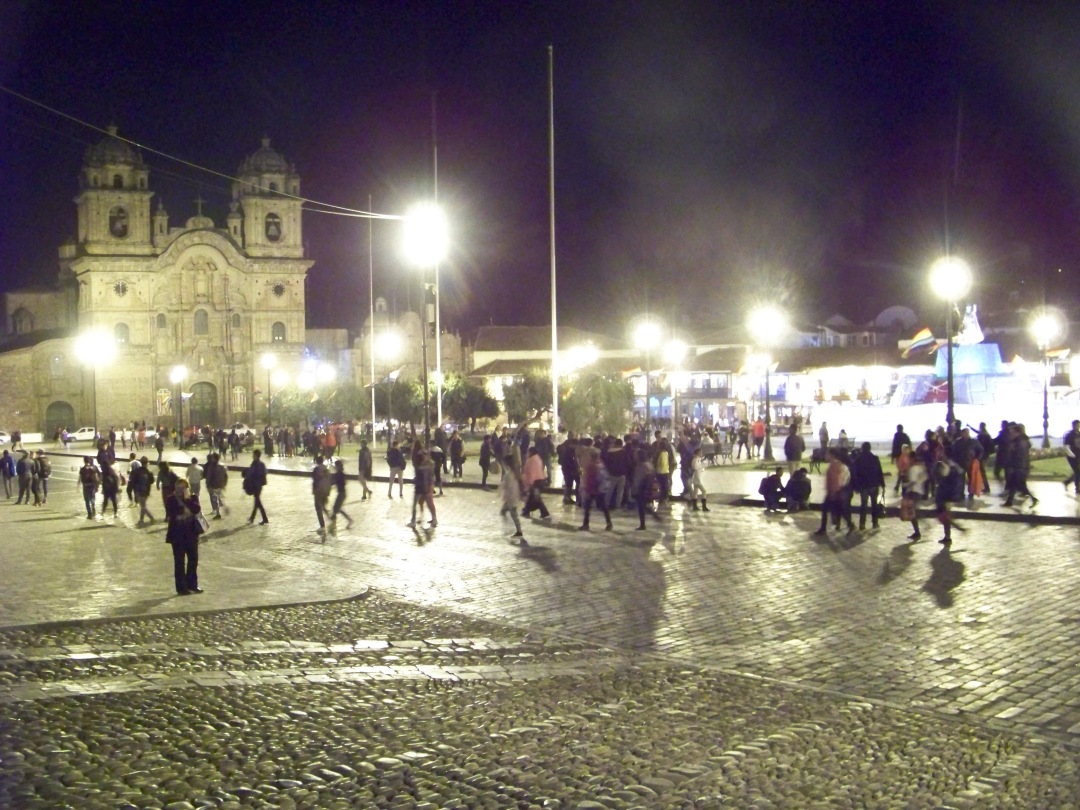 As the night wore on it got decidedly chilly, so we returned to the hotel, stopping to chat and have drinks with a few of our party before retiring to bed.