We entered the port of Limassol on a lovely warm spring day. We watched the town slip into view through our little window on the world and then went up for breakfast. Through the restaurant windows we could see that we had berthed next to another cruise ship, the ‘Spirit of Thomson’. 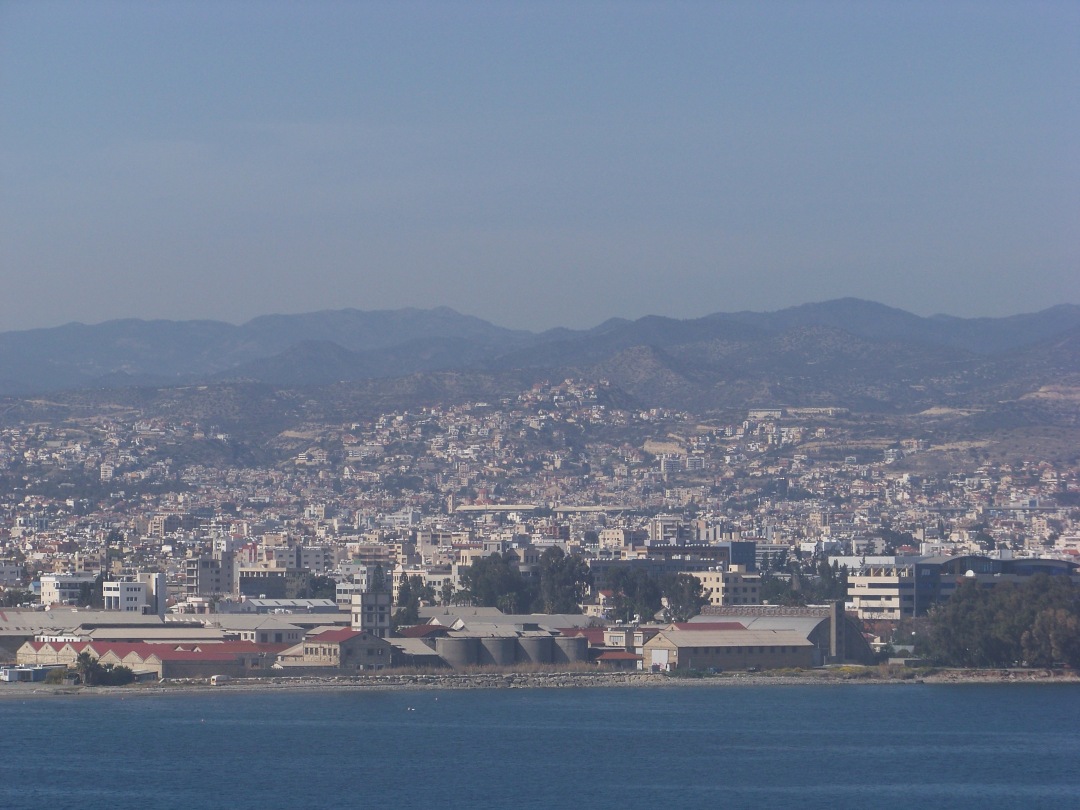 Just before 8am we made our way through security and boarded the shuttle bus parked on the quay. The journey into the centre of the town took around 15 minutes. We noted that some intrepid (foolhardy) passengers had opted to walk, they obviously hadn’t read or ignored the ship’s magazine informing everyone that the centre was too far.

After getting off the bus we first visited the castle. It is well worth a visit. The rooms and exhibits were first class, full of interesting architecture and the paraphernalia of life in the castle throughout the ages. The views from the battlements in the warm sunshine just invited poses and photos. As we left, a large party of Greek school children arrived with their teachers. How lucky can you get? 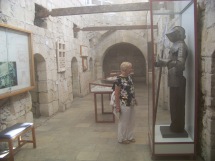 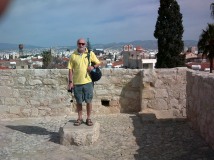 We meandered through the narrow streets of the old town of Limassol, stopping to buy today’s copy of the Daily Mail from a small corner shop. In the old market place Sue bought some confectionary and later on a table runner for Sarah. We visited the large and very ornate Greek Orthodox church before making our way to the beach and strolling along the pretty tree lined esplanade.

Back into the old town and more dipping in and out of tourist shops. Sue tried on several tops but rejected them, she got close to buying some Murano glass, but I successfully discouraged her. We came across Mike having a beer outside a bar enjoying the sun and I joined him while Sue continued her souvenir hunting. When she returned I finished my peanuts and drink and we made our way back to the coach. 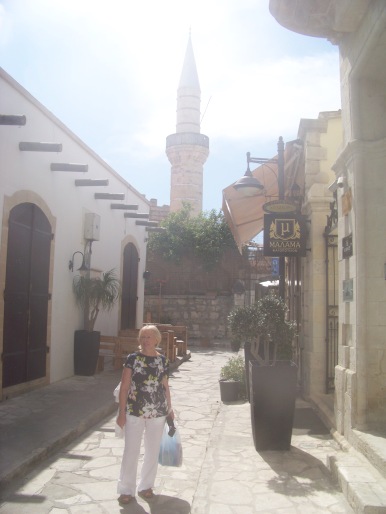 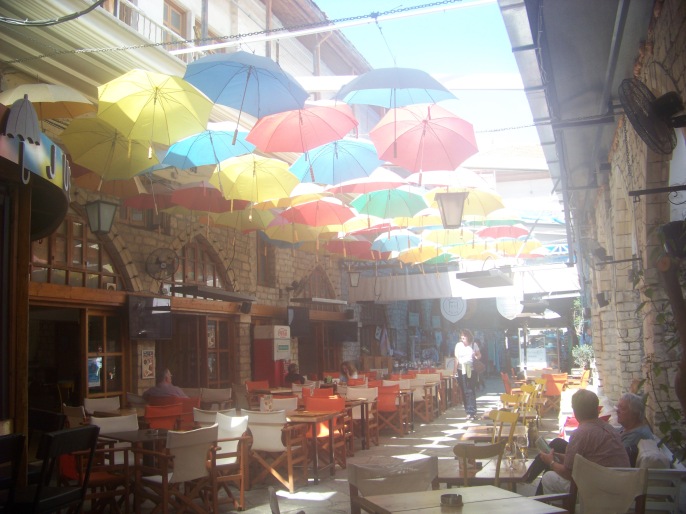 On board we made straight for lunch after dropping our ‘booty’ off in the cabin.

Mid-afternoon we watched the ship leave port. Three loud blasts on the horn echoed off the mountains in the distance and bounced around the streets within the town. The response was immediate from other ships in the harbour and supported by passing trucks on the adjacent road. It brought a smile and a laugh when a moped making its way along the quay down below, gave a pathetic peep. The world loves a trier.

Returning below decks I put on the TV and listened to the news from Belgium and dozed. Sue, eager to read the paper found a cosy spot up top. Later she attended the quiz on album covers before joining me for a snooze. This would never happen at home. Both sleeping in the afternoon! And so many activities going on around the ship. We have gone soft, maybe the kitchen staff will allow us to help with the washing-up tonight to bring us back to reality?

The advantage of being far away is that we hear little of the news from the UK,  BBC World gives little coverage to events back home not having global implications. I suspect that with the present troubles in Brussels, the ‘No to Europe’ lobby feel pretty confident on success. I have to confess, I agree with them, from a distance the EU appears to be a decaying corpse, not yet buried.

The restaurant was quiet tonight, perhaps a hard days retail therapy in Limassol had tired out the best of us and unlike ourselves, had decided to sleep through until it all starts again tomorrow, in Rhodes.

‘Ross: My Life’,  was an Italian singer who ploughed his way through every known popular ‘sing-a-long’ tune known to man, surprising us all with his finale being an excellent tribute to Elvis, complete with outfit and actions! Highly entertaining.

Our deck ramble was conducted under a vivid full moon and an unexpectedly breathless and warm evening.  Catching the attention of the sandman, two sleepy heads made their way back to a comfy bed, to dream of shops and castles.