Things have quietened down a bit, and a modicum of normality has  returned. Jobs are getting done around the house (in readiness for the winter), the balcony has been stripped and repainted, the hedges/trees have been trimmed and lopped. As a Fiesta cannot carry as much as a Stilo Estate, the number of trips to the dump has doubled to get rid of all the branches. The vegetables and fruit are continuing to be picked, though I am beginning to despair of the white grapes and sweetcorn as though they are big (some would brag, huge), they are showing no signs of sweetening! The courgette flood has ceased (a sure sign that the autumn is here), and the greenhouse tomatoes and cucumbers have all but finished now. Sunday I cleaned the bottom of the pool, as a bit of sand had got under the cover due to the  regular rain we appear to suffer from during the summer months. I didn’t get around to finishing it and putting the cover back on until today (Tuesday), I noticed that the water was crystal clear and cold before I poured in the hypochlorite, another sign that the swimming season is over.

I had a text from Joan and Phil that they were in the country. Phil’s brother had been poorly for quite a awhile and it was expected that he wouldn’t be around for much longer.  On the same day I had a phone call from Richard Blewitt checking up on whether I was going to his 60th birthday bash at the local Golf Club that coming Saturday. I gave him Joan’s contact number and they also got an invite. On the Saturday, Sue and I  attended the party. It was lovely to see Joan and Phil again, but a l little disappointing that Roger had not got an invite and could have met the Italian Twosome. Roger and Richard didn’t particularly like each other so I suppose it was to be expected. The fo0d was good and plentiful, the music was of our era and I knew most of the guests, though I did try to avoid talking to some (without success). We left soon after Joan and Phil when the disco kicked into gear. Yes, it has come to that time of life, my excuse is I have a gammy leg and Sue’s was that it was way past her bedtime. 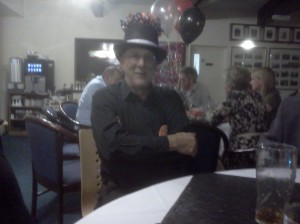 I have managed a couple of walks with an old friend, John Lee. Out of the blue he suggested we meet up and go for a canter around the field of Leicestershire. He was undergoing treatment for cancer and I wasn’t sure whether it was a wise thing to do, but last Tuesday we met up in Uppingham and had a lovely 3 hour walk and a splendid lunch of quail and rabbit pie in a local pub. John seemed his old self, no indication of the treatment he was undergoing, and though we chatted a bout the ‘old days’ and what we had been up to in the intervening years we didn’t touch on the subject of his ills (we just climbed the hills). As we parted for the journey home he asked if we could do it again next week, so we did. 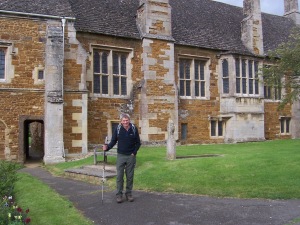 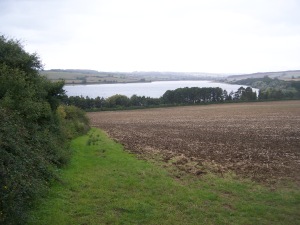 On the Saturday I and Roger went on a Council walk to Manton (next to Rutland Water). I was surprised to see an old work colleague Debbie Goodband among the walkers, she had been at Richard’s party the previous Saturday. As she had been an old flame of Roger’s he was particularly glad to see her, surprisingly he didn’t mention Fran during the whole 3 hour walk. It was a particularly scenic amble, well planned and the weather was great. Lunch at the Horse and Jockey was very welcome. As I dropped Roger off in Harborough my mobile went off  and I was reminded by Jim that Tigers were playing Exeter on ESPN at the Angel. I duly got my bike out and spent the rest of the afternoon watching the match. 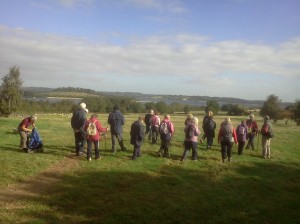 Today, I walked again with John. I planned a trip to Broughton-on-the-Hill. We met at the Stilton Cheese pub in Sonersby. The walk took a little under 4 hours, and the weather was sunny, but windy. On the top of the hill fort we had some difficulty in standing. The terrain was very up and down hill and proved to be a good workout, which made the pint and lasagna back at the pub even more welcome. As we left, I promised to meet up for a walk  when I got back from Bulgaria. 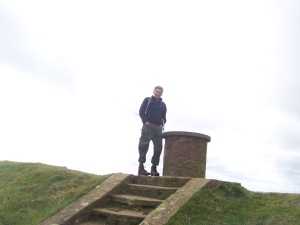 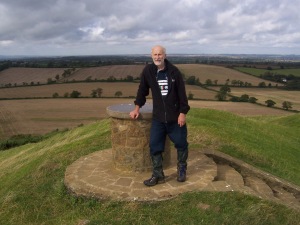 Last Sunday, the auction came to an end that Suraj had done for me on ebay to sell Nan’s stairlift. The winner wanted to pick it up on Monday at 9am.  After confirming with the buyer by telephone that he would be there, I set off that night up to Thurcroft. The house was chilly, but I went straight  to bed and was soon snug and warm. Good as his word, he turned up on the dot and removed the lift in no time at all.  It was going to be fitted in a house in Cambridge the following day. As soon as he left, magically Sarah turned up in her KA. She had been to see Lee and now had come for lunch. We visited the estate agents to check up on things, then I replaced a fuse in her car as it had blown and was preventing her from charging her mobile phone up. I decided to pick a solicitor to deal with the house and we gave a couple  a visit in Wickersley before choosing one of the. After instructing them with the basic details I promised to return after lunch and fill in the forms that would be prepared for me. We had lunch in Whiston, then Sarah left for Sheffield (she had some training to do that evening) and I returned and filled in endless forms at the solicitors, after which I drove back to Harborough.

There has been no mention of Sue, Charlotte or the boys. They have been to the seas side! Sue had a days work at Church Langton on the Tuesday and the following day she went with Charlotte and boys to stay with Philippa and Paul in Buckfastleigh. I mention that Sue worked in school as she picked up a heavy cold and suffered for it, then passed it onto Charlotte. The weather was kind to them and they seemed to have filled their days, visiting the beach on quite a few occasions.

While Charlotte was away, Suraj was on a course in London  with an exam on the Friday (despite  illness and loneliness, he passed!)  . The course entailed him commuting on the train each day. Having acquired a dose of  conjunctivitis  (probably a computer virus caught from the screen) it prevented us meeting up to watch a film and have a curry during the week. However,  he had recovered sufficiently for us to watch Looper (good film) on the afternoon of the ladies (and lads) return to Leicestershire. Luckily as I had stopped to drop Suraj off in Rothwell, Sue rang me on my mobile to say they were 5 minutes away and asked if I could pick her up in Rothwell. What luck!  Seeing how bouncy the boys were I guessed that Philippa and Paul would both be both exhausted and fast asleep back in Buckfastsleep.