As expected, Jamie got notification of termination of his contract at Disney from the 7th of January. During the last month work has been very slow and at the same time the previous year, everyone was rushed off their feet trying to get orders out. It looks like the recession we keep hearing about (every time you switch on the TV or radio)  has started to bite and people are not shopping. I certainly thought that on my drive down to Devon and back, there wasn’t an awful lot of lorries on the motorway and Harborough (on my rare forays) seems relatively quiet for the Christmas period. I heard that Thomas Cook (he started his business in Harborough) is in severe trouble.

My solution to this country’s troubles would be to grant independence to the Scots so that they can pay for their own education, health service and public transport. Unite Ireland by encouraging Northern Ireland to buy Eire (Get RBS to lend them the money). Nuke France because it’s full of the French, after filling in the Channel Tunnel of course. Sue the Americans for causing the recession. Invade Iceland, declare it part of the UK (our financial institutions already own most of it) and distribute free fish and chips to all pensioners (fish from Iceland and potatoes from Ireland, as reparations) once a week. Send all foreign nationals that I don’t approve of, back to their country of origin, with no right of appeal unless they agree to the death penalty if unsuccessful (that should focus the mind). Investigate all financial institutions and jail all individuals that have lost money and received a bonus for it. Use MI5 to assassinate all foreign bankers that undertake to undermine the British economy. I think that sounds fair.

On Monday Sue and I went on a Council walk through the fields around Countesthorpe. It was a chilly and windy day, though we kept warm by setting a fairly brisk pace. Afterwards, we had hot chocolate with the rest of the group at the local garden centre. 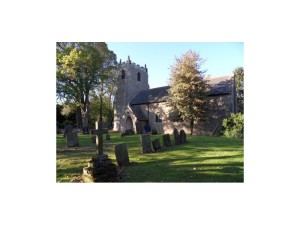 Last Wednesday morning I drove up to Yorkshire to bring Sarah and Nan back to Harborough. Nan was on her way to have her hair done when I arrived, so I did a bit of tidying around in the garden. When she returned we went for lunch in Whiston and afterwards picked Sarah up from her place and drove to Harborough.

On Thursday Charlotte and Ellis came to see Sarah. All three later went off Christmas shopping in Corby. Sue was booked in to teach at Church Langton (during the afternoon) and had a great time catching up with gossip, though she was quizzed about what she knew about the head at Little Bowden. In the local paper, he had been found guilty of interfering with SAT@s test papers in Year 6. He had resigned and now could not be traced. During the afternoon I had a reflexology session with Doreen (our next-door neighbour), she had offered many times and I thought I would try it. Very relaxing, I can see why Charlotte is so keen on it. Later, Charlotte picked up Lucas from school and they stayed for tea. 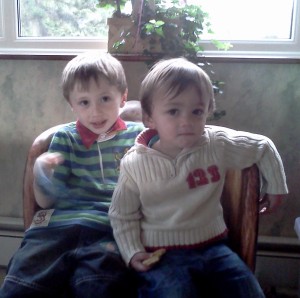 On Friday Charlotte, Lucas and Ellis arrived in the morning. The heating system had broken down at Lucas’s school and the school was closed. They stayed all day and had tea. I cooked a chilli as I fancied making one. That night, Suraj had an office party to go to and didn’t come for tea.

Saturday saw a hard frost in the morning and a temperature that didn’t get above 3 degrees all day. I had programme duty at the club (selling match progs) so I got there early. I watched the Tigers beat a French side on the TV and a bit of the First team beat Vipers, but it was rather cold to stand too long. We watched ‘Strictly come Dancing’ on the TV during the evening. Sarah was at the Club earning some money working behind the bar. But, we had a phone call at 9 pm to pick her up as she was ill, she had been sick and was feeling cold. Sue went and got her. She did look poorly! We think she had caught the sickness bug that Ellis and Lucas had gone down with last week.

This morning we woke up to the first snow of the winter for Harborough.