A sleepy breakfast at the unholy hour of 5.45 is preceded by an early start on a very long journey to Morondava in the dry southwest of the island. We started and finished our marathon in the dark (14 hours), weary and ready for bed.

Our journey began high on the wet and chilly Madagascan plateau and finished at a hot and humid sea level.  Of course, there were stops on the way; necessary bush stops to release bodily fluids behind trees, boulders, tufts of grass, or anything to hand that the terrain offered. One lunch stop at a restaurant that offered spectacular views of the valley below and a variety of brief scenic stops to photograph rivers, waterfalls, bridges, and a lone chameleon, spotted on a tree from a moving bus by our hawkeyed guide and not forgetting an exuberant local panning for gold and finding a few flakes as we watched from a bridge above. He informed our guide that this activity paid for his son through university. 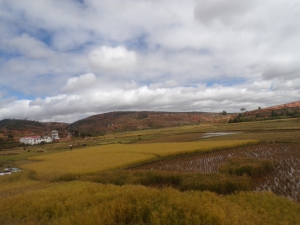 Our winding and the often-precarious route took us along a road whose surface fluctuated from hazardous to outright dangerous. The latter stages driven in the dark had the added perils of cattle and locals appearing like ghosts out of the gloom. Our descent from the high plateau displayed how vast and deforested this island has become, sadly there was plenty of evidence of slash and burn still in operation, denuding and eroding the passing landscape to the detriment of the planet and the locals. There was plenty to observe and hold the interest, but forestry wasn’t one of them.

At first, we came across many small settlements, their inhabitants busy with their various farming duties, either working in the fields, driving zebu cattle down the road to new pasture, or marching purposefully to some task or other. They were obviously very poor, but they worked hard and always waved and smiled as we passed. At one river crossing we stopped at, Sue kindly passed around a pack of pens that she had thoughtfully brought with her for such a purpose, to a large group of eager, smiling children. The closer we came to our destination the more parched the surrounding landscape became, shrubs and trees were replaced by tall tufts of scruffy grass with razor-sharp edges. Trees and small settlements became more frequent as we neared the coast and after a spectacular sunset of vivid reds and oranges, we began to see the purpose of this long drive, Baobab trees spiriting eerily in the distance through the descending gloom. They are weird-looking trees!

We arrived at our accommodation the Renala Au Sable D’Or around 8 pm and after checking into our beachside chalet, enlisted the help of one of the staff to break the lock on my suitcase which stubbornly refused to open, then had a few snacks purchased from the day before and settled down for the night. 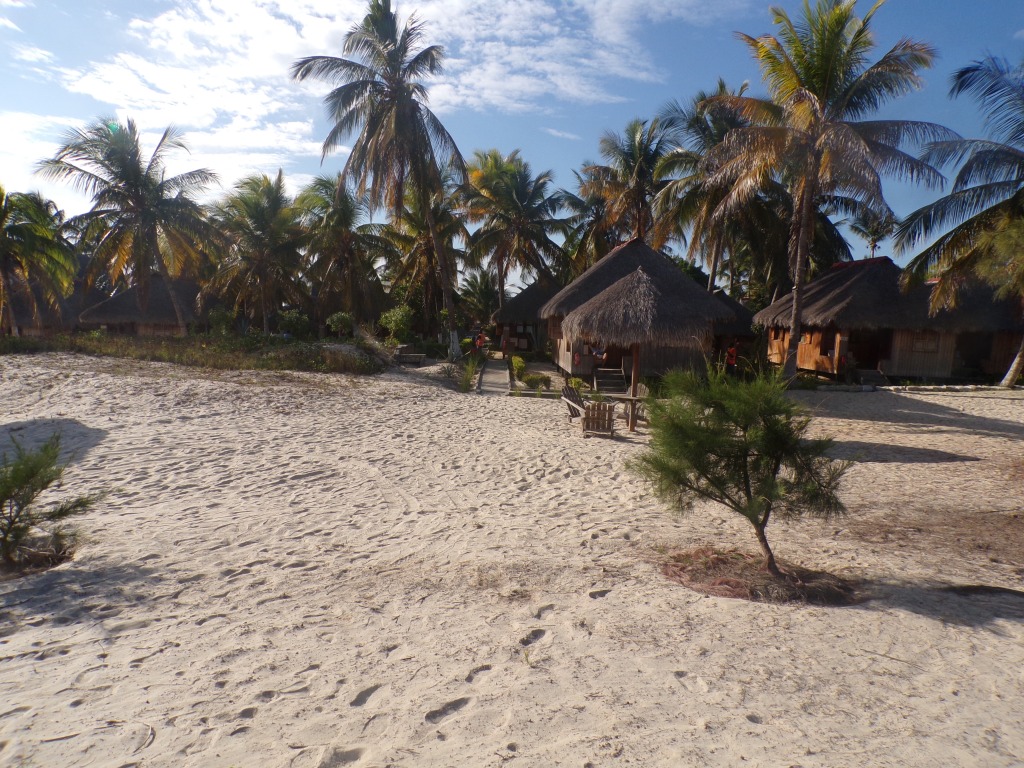