29/06/20 UK corona-virus deaths rise by 25 to 43,575. Parents in England risk being fined if they do not send their children back to school when they reopen in September, the education secretary has warned. Greece has banned British tourists until July 15th. Italy will be banning all hand luggage on national and international flights into the country as of July 26.

It’s a dog’s life for Harry in Rothwell.

A dry, cold and blustery day. I hate cycling on such days. It was a frustrating day of shopping for Sue, refusing to join long queues that snake along pavements, she went ‘shop hopping’ to acquire the items she wanted from those establishments devoid of lines of shuffling consumers. She had to return late in the afternoon to reap the last few items missing from the morning harvest. I had no such problem, in the garden my obedient rows of broad beans were quickly picked and the onions and shallots seemed to welcome the hoe and watering can with a smile.

I spent the afternoon wrestling with the problem of sending files larger than 25MB over the internet via email. I eventually found the solution using my Cloud account and managed to successfully send and receive a video test file of 7GB. Meanwhile, Sue opted to pick weeds from the gravel in the back garden until a series of phone calls from friends, family and relatives curtailed her efforts.

Sarah took Alice and Mia for a walk to the little park In Barlestone which Sue and I visited last week. She also managed to find the geocache hidden just off the wooden walkway that we had hunted down, it would have been an easy find as Mia was with us when we found it, she would have remembered.

30/06/20 The UK death toll from corona-virus has risen by 155 in 24 hours to 43,730. The government will be imposing new lock-down rules on the city of Leicester after the area was hit with an outbreak of corona-virus cases. The city has accounted for 10 per cent of all new  cases in the last week, with nearly 1,000 cases confirmed in the last fortnight. The strict lock-down means all non-essential shops will shut immediately, while schools will close for most pupils on Thursday. The planned reopening of pubs and restaurants in England at the  weekend will now not include Leicester. The new local measures will be in place for at least two weeks, after which they will be reviewed.

Leicester is just 12 miles away and it is where many residents of Harborough commute for work, let’s hope that they do not import the virus into our little town over the coming fortnight.

A new strain of swine flu which has the potential to spread to humans and cause another pandemic has been identified by researchers in China.
Named G4 EA H1N1, according to the authors of the study, the virus is similar to the swine flu that caused a pandemic in 2009 and possesses “all the essential hallmarks of a candidate pandemic virus“.  As if the world needs another catastrophe! It is about time China got its act together and that means co-operating with the rest of the world and being honest. It also requires the likes of Trump and Putin to put the well being of the  citizens of this planet ahead of their own egos and thirst for power. 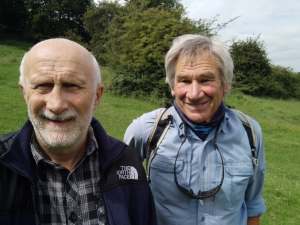 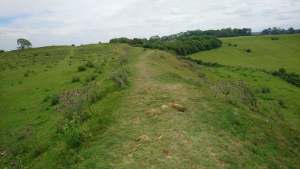 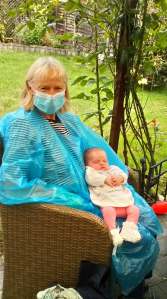 The last day of June was a dry and pleasantly sunny one. Today, Sue and I went our separate ways; I on a walk with John Lee, starting at the little village of Somerby and Sue to visit Sarah in Newbold Verdon with Doreen. After picking up  Doreen from her apartment opposite the railway station in  Harborough, their journey was plagued with road work diversions. Never the less, they eventually made it and spend around four hours in the company of of Alice, Sarah and Lee. My journey to meet John outside the (Locked-down) Stilton Cheese Inn was along uninhibited and quiet country lanes. I had cut the side of my foot a few days ago in the garden and it was feeling quite sore, in the past we had done a much longer ramble from this village, but  today I had planned a shorter 5 mile route. Our trek took us over the the Iron Age hill fort of Burrough Hill, where we stopped awhile for a picnic and to sink a bottle of local ale each enjoying the views over the surrounding countryside for miles around.

I arrived home just a minute or two before Sue and Doreen. While they wandered  around the garden admiring my beetroot and greenhouse, Charlotte arrived after finishing work and joined them for awhile. I too stepped out to catch up with news and after donating some beetroot to Doreen and a lettuce to Charlotte, Sue took Doreen home and Charlotte left to make tea for the family.

01/07/2 The UK’s corona-virus death toll has risen by 176 in 24 hours to 43,906. America has bought up almost the entire global supply of one of the drug Remdesivir used to treat corona-virus – depriving the rest of the world for around three months. The drug is produced by US pharmaceutical giant Gilead Sciences and was priced at £1,892 per patient in wealthier nations. Countries with low or middle incomes can produce generic versions of the drug, but are unable to sell them to Europe because Gilead has a patent for it. However, the UK government says it has enough stocks of  the drug. I can’t think of a better way for America to ostracise itself from those nations that it has in the past relied on for support in keeping the present world order. Russia, China, North Korea, the Taliban and Isis must be smirking at such a faux pas by the

I think we feed our pigeons too well.

Trump administration. Also, as Gilead Sciences has proved not to be so even-handed in their dealings, I suspect that the more developed nations and Europe in particular will now begin to rely on ‘in-house’ pharmaceutical companies for their essential medical supplies.

It was a cool and showery day. During the morning I got wet on my bike ride, but it meant that I saw very few others on route, and I prefer that.  I spent a fruitless couple of hours on-line chatting to Netflix as to why Chromecast would not play videos on the TV. I eventually gave up on realising they didn’t know what the problem was.  In the afternoon, while Millie the cat sat and watched, I planted two rows of runner beans and erected  their supports.

After lunch, Sue attempted to make an appointment with the doctor to discuss her Osteoarthritis tablets which she is due to stop taking, she was told as it is non-urgent she should try again in one or two months time. Until then she has to continue taking them until she gets an appointment.

Jamie, Ruth, Joey, Rocky and Nala came this evening to pick up some Euros I had ordered for them and to borrow some suitcases that matched Ryanair’s strict criteria for their holiday to Gran Canaria in nine days time. They seem to be getting quite excited, though Ryanair regulations do seem to add a considerable bit of unnecessary worry to a flight.