The afternoon of the first sea day on the stretch to Leixoes we discovered that our cabin stewardess had removed all the bottles, glasses and kettle in the room and arranged them neatly on the floor. Had she forgotten to replace them when cleaning the surface on which they were seated or were the sea conditions about to change and the ship was about to be bounced around? It proved to be the latter. The first violent pitch and roll was felt just before the Captain’s ‘meet and greet’ cocktail party, of course the majority of passengers were at the time changing into DJ’s and posh dresses. You can imagine the feminine grumblings heard throughout the ship when an announcement came over the Tannoy that it was advisable to wear flat soled footwear for the upcoming function. Health and safety common sense, but hey, 100% of the male passengers had no issues with this change of footwear advice!

Despite random lurches the Captain’s function went without incident, as did the following Show Time and our evening meal in the Kensington Restaurant. Free sea-sickness tablets were available from the Reception Desk and Sue was one of the first to take advantage of this generous but necessary offer. They worked. Even when the sea conditions got progressively worse during the night, Sue and I slept soundly.

Our first circuits of the ship took place after breakfast. The sea was choppy, the wind was bracing and the temperature decidedly chilly. We accomplished six circuits (just over 1 kilometre) in quick time. The bow to stern legs being ferociously wind assisted, were completed rather more quickly than the much, much slower reverse. The tricky bit being the approaches to the steps leading to the next deck level, a randomly tilting deck made for careful judgement in order to negotiate the narrow approach vector. Any 747 pilot on approach to Heathrow in hurricane conditions would have applauded the skills displayed.

We had two days of sailing through uncomfortable seas before arriving at the Portuguese port of Leixoes. It is where the majority of the region’s Port is exported to the rest of the world. The city of Porto is just 30 minutes away by Metro or bus and is where most tourists head for that arrive by sea. 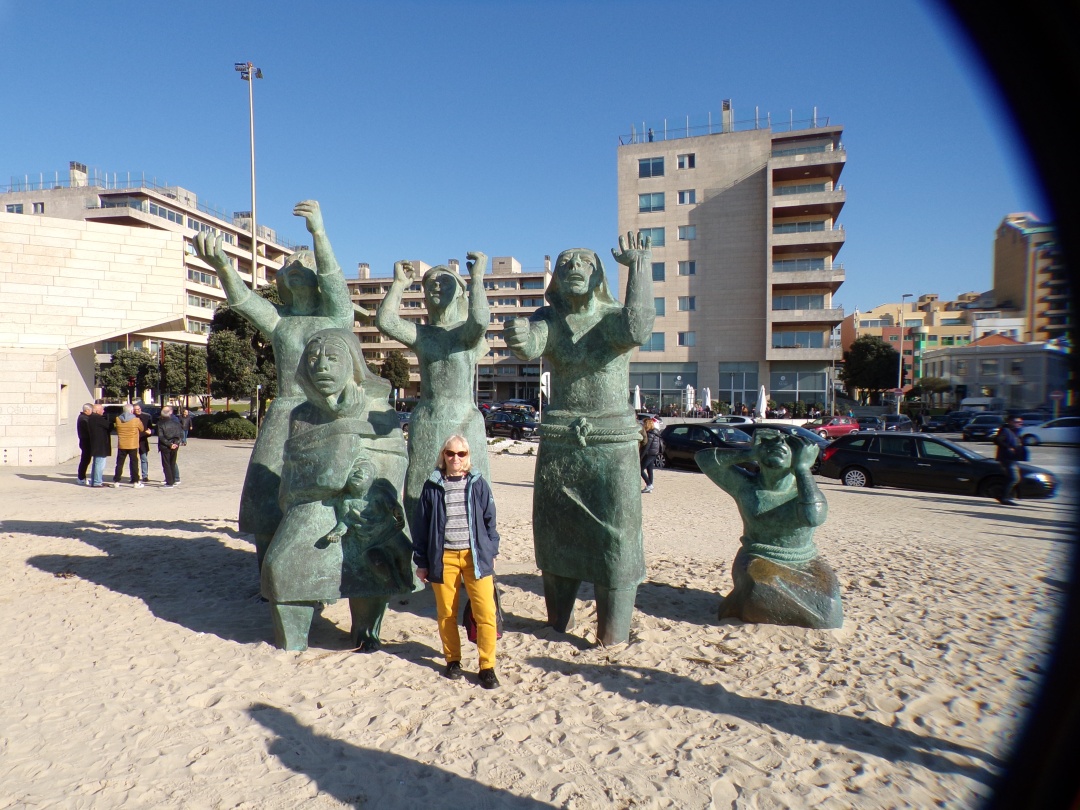 It was a warm, cloudless sky but when we disembarked at 11am you wouldn’t have thought so, most of the locals milling around the dock entrance were wrapped up tight in quilted jackets, some wearing hats and gloves. You could tell us northern Europeans, we were the ones in short sleeved shirts and looking pale. We had planned not to join the crowd heading on tour buses or public transport to Porto, but to explore this little township on foot, so joining the Sunday promenading locals on the beach side walkway, we headed along the coast towards the River Duoro.

We stopped regularly to watch the locals enjoying the sun; families playing on the beach, surfers skidding along huge breakers, dog walkers, skateboarders and couples enjoying a meal at the many restaurants dotted along our route. A lovely day to be in Portugal.

Our first real stop was at a small fort just a few hundred yards away from the port beyond a large impressive wind sculptor, suspended above a small roundabout. Paying a 1 euro entrance fee we spent around 20 minutes exploring this little bit of history. The parapets afforded good views and I was surprised to see that all the original canons seemed to be in place, this fort may have seemed insignificant from outside but it certainly packed enough firepower.

The wooden walkway hugged the high tide line meandering along the shore and was filled with locals and a small number of cruisers intent on going somewhere or just sitting on the many wooden seats and watching the waves thump into the rocks just off-shore, providing a continual rhythmic liquid firework display.

Eventually we reached a larger fort situated on the banks of the Duoro, strategically sited to guard the entrance to Porto by river. Here the lengthy stone jetty that reached out along the beach was being severely tested by the waves as it neared high tide. Earlier we had seen people risking selfies on a smaller promontory as the spray from crashing waves erupted around them, not so at this point, the waves would have swept any hapless photographer away. 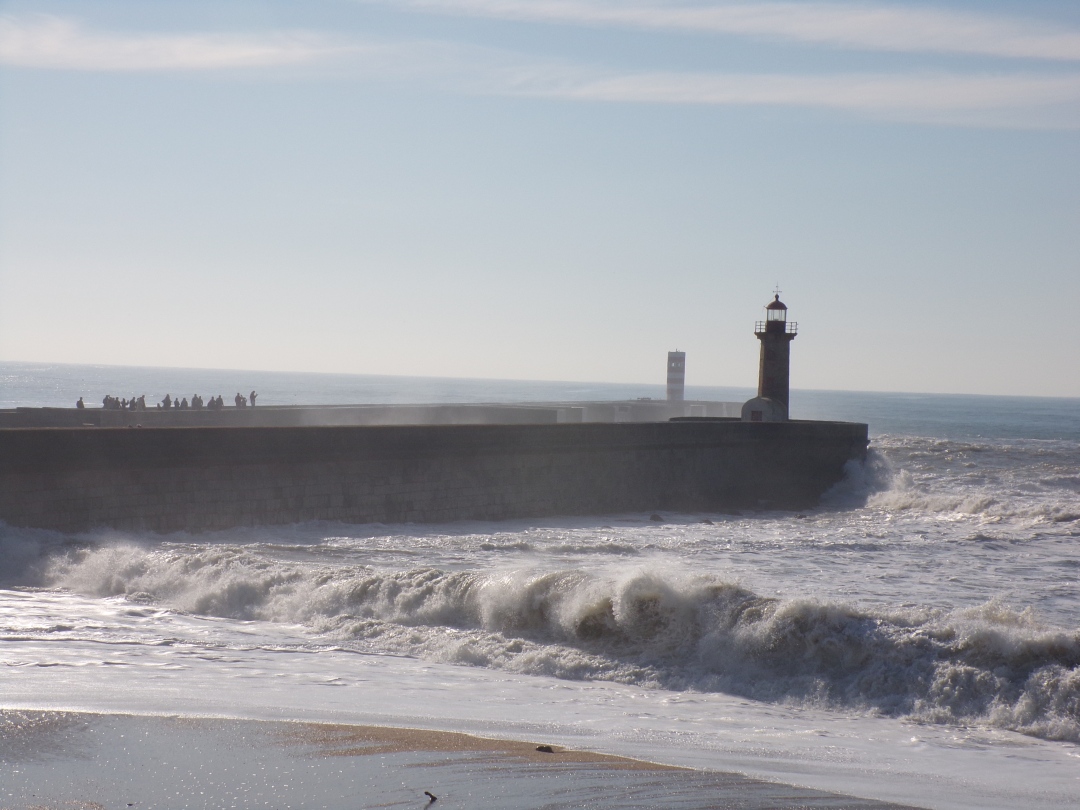 We didn’t attempt to explore this fortification, time was not on our side, we had a ship to catch and the Magellan waits for no man! We retraced our steps, diverting briefly to a supermarket for urgent refreshments before climbing what was a ridiculously steep gang-plank onto the ship.

We sailed on time at 4pm. A brief 5 hours in port, but that is the nature of cruising, you briefly dip your toes into another culture and then like the wind you move on.