The alarm was set for 4.45am, but like the rest of our party we were awake for 3am. Sleeping at altitude is not easy, breathing is laboured and the air is so much drier that you are in need of regular drinks. We have partially acclimatised, the headaches and the random nauseous feelings have gone, but sleep remains a problem. 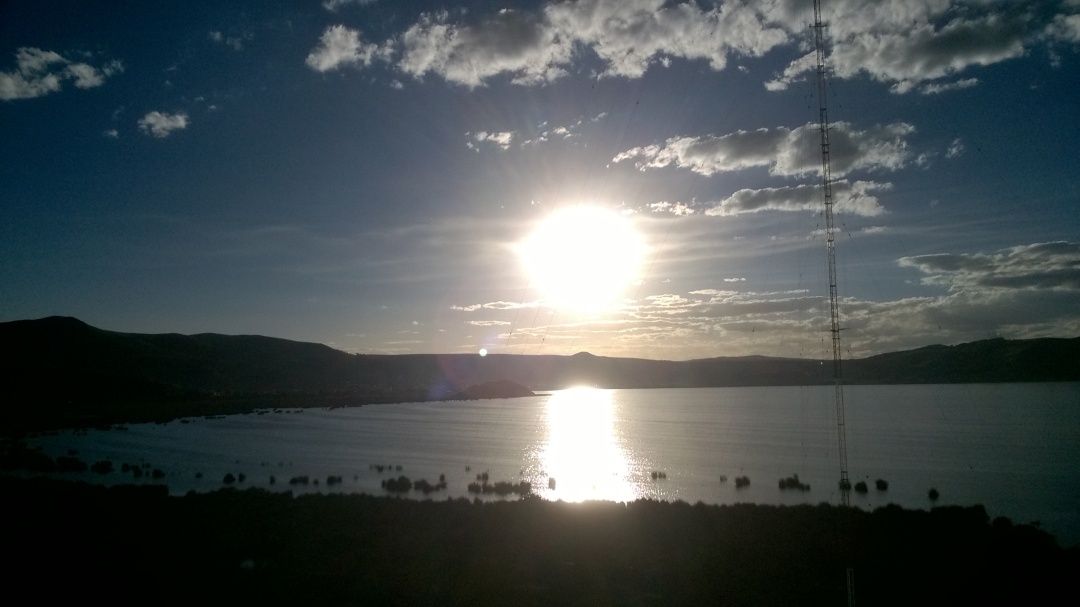 We were second into breakfast at 5.05am and were soon joined by others from our party. Returning to our room we finished getting ready, took the suitcases down to reception and waited with the others for our transport to arrive. At 5.30am precisely we boarded our coach and headed for the bus station in Puno where we were to catch another bus that would take us to Cusco. It was a modern coach with toilets, WiFi, and a hot drinks facility, necessary as we were not due to reach our destination until 5.30pm that afternoon.

We said goodbye to Puno and Titicaca from the road high above the town along with a few other tourists that had joined this daily bus to Cusco. We were going to break our journey five times to visit a variety of locations, one being a restaurant for lunch.

The scenery that passed by was straight out of a David Attenborough natural history programme. How the Peruvians manage to survive and prosper in such a difficult environment is beyond me. Whether they notice the beauty and grandeur of their country as they go about their mainly agricultural tasks is open to debate by we none Spanish-speaking foreigners. I would love to ask them the question. Our journey seemed to run through the full gamut of mountainous terrain under blue skies and warm sunshine. At the very height of our route along the Cuscos South Valley our guide informed us that only 10 years ago at this time of year it would have been impassable due to snow. The snow was now limited to the very tops of the mountains on either side. Global warming was the wistful reason given. Ironically, it was today that Donald Trump pulled America away from such initiatives to curb its effect on the planet. Well done Donald, like your Disney namesake you really are quackers!

Despite this being winter, Peruvian families could be seen working together in the fields, gathering in the corn, tending to their flocks of sheep or Alpacas. They do work hard. If a bit of land is flat, it doesn’t matter how precarious its location is, they will put it into production of some sort. Just reaching some of their fields at this altitude is truly mind-boggling. I can see why they are not a tall race, a low centre of gravity is certainly going to be an advantage on the thin near vertical ribbons of tracks they use.

Our first stop was at an archeological site to see an Inca step pyramid. We spent around 40 minutes there being given an explanation of the Inca civilisation before climbing to the top of a tall building to photograph the site from a distance. Not very satisfactory, I  found the goings on in the village more interesting. They were having a festival and it entailed all the children (boys and girls) having their hair done by an army of hairdressers all in a line at the same time. Very novel.

We stopped at the highest point at La Raya for just 8 minutes to take photos. At 4500m, the air is so thin that within minutes of stopping headaches and nausea kicked in, hence such a brief visit. We managed photos and some even bought items made from Alpaca from the stalls positioned there for such a purpose.

An acceptable buffet lunch was taken at a roadside restaurant next to a picturesque waterfall. The guide predicted we would sleep the next hour or so before we visited the next location, but he was wrong, the scenery was far too interesting for sleep. But then he was a Peruvian, and I guess they don’t appreciate where they live after all.

Racchi archeological site was fascinating. It is known as the ‘Temple of God Wiracocha’ (you hear a lot about him) and was where the Inca royalty lived. It was destroyed by the Spanish but what remains is very impressive, particularly when we learn that it was covered in gold. Well worth a visit, Sue and I could easily have spent a day there. 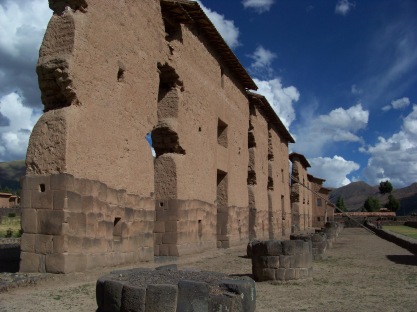 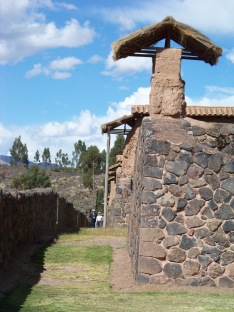 Our last stop was in a small town called Andahuaylillas. Yes, it is a mouthful! We visited the Catholic church there. It is magnificent, dripping with gold artifacts and icons. The artwork and murals are superb. The Spanish around 1500 when the church was built used it as a vehicle to convert the locals. The story it tells is that if you become a Catholic you go to Heaven and if you remain an Aztec you go to hell. We think it is probably the most elaborate and outrageously decadent church we have ever seen. Glad we visited, but hate the message behind it. 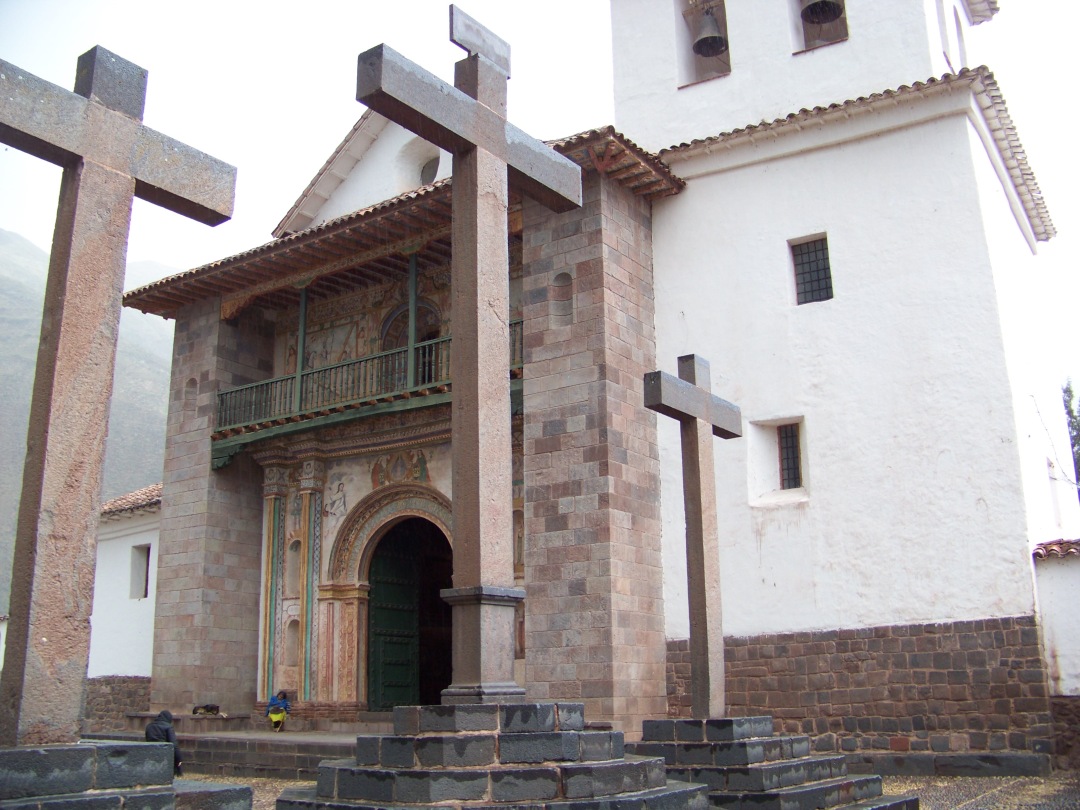 We did indeed arrive in Cusco at 5.30pm. We changed buses again, this time to take us to our hotel, the Jose Antonio. Hard to forget now.

After checking in Sue and I had coffee in the room and then packed in readiness for yet another early start. Tomorrow we go to Machu Picchu and get up at 4.30am.