We had a sleep in this morning. I had to be woken around 9.30am. Then the fun started.

After coffee, Jamie had what was left of the sausage and I had cereal for breakfast. While he used the RV for his shower I ventured out into a surprisingly warm day under clear blue skies to have my shower in the camp block. On my return to the RV I discovered that after scrubbing himself clean, Jamie had decided to empty the sewage tank, which is done by connecting a large hose to the outlet valve on the side of the RV, running it to the drain on our pitch and then first opening  the valve for the toilet and then the one from the shower and sink to flush the pipe. Sounds easy. Except that if you don’t check that both valves are closed and holding back the contents of their tanks, when you open the main outlet valve it isn’t going to go well for anyone standing in front of it! 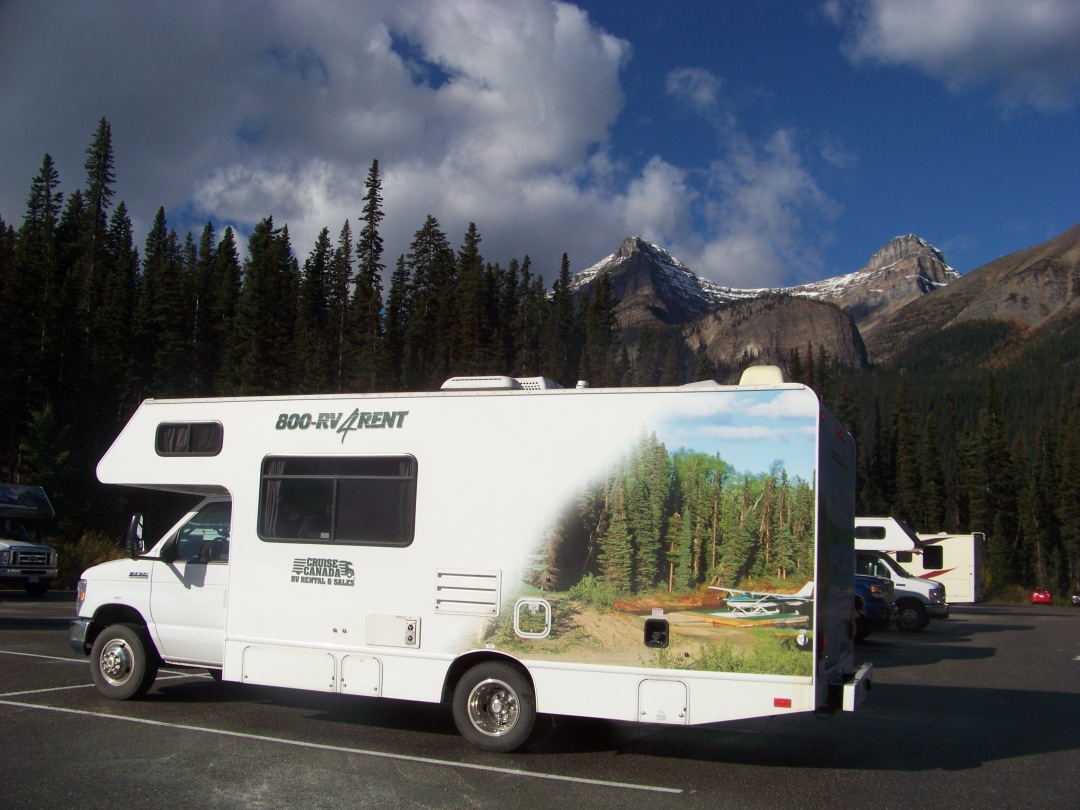 I found a distraught Jamie bemoaning his sorry state and noticed a large pool of unpleasant liquid  beneath our vehicle. To cheer him up I agreed accidents happen and why didn’t the RV Centre ensure the valves were shut in the first place? I reassured him that as I had always used the camps facilities the contents of those tanks were only returning to Papa, so he wasn’t likely to catch anything new. He wasn’t impressed.

With Jamie and RV cleaned up we left our pitch with the large brown pool we had created refusing to soak into the ground and headed into town. Worryingly there is a $25 000 dollar fine within the park confines for feeding the wildlife.

We first checked the cinema to see what time it opened so that we could recover Jamie’s coat, it was 6pm. Next was a visit to the gas station to fill up the RV. We chickened out when the pump clicked up $150. To our relief the tank was showing full. We don’t want to have to do that too often!

Today we had decided to hike around Mount Norquay, it is the mountain that they use for skiing in Banff and therefore has  trails all over it. Driving up the windy but spectacular road to the Ski-lift Station which was roughly three-quarters the way up its southern flank, we used the car park of the still operating lifts. It was hot.We selected a trail that headed off into the tree line and followed its shady meanderings. All of the  trails were long distance so we had decided to follow ours for an hour and then return.

It was a gorgeous day, towering mountains and stunning views could be glimpsed every time that the forest chose to show-off what it was hiding. Crossing one Alpine meadow affording a fine view of a line of majestic mountains marching away into the distance I videod Jamie doing his 22 press-up challenge for Facebook. At the end of the hour we had reached a very pretty wooden bridge spanning one of the tributaries to the River Bow. We took some photos and set then off back. We could see that large deer used the track from the evidence of hoof prints in the mud, though bears and wolves thankfully preferred other routes. 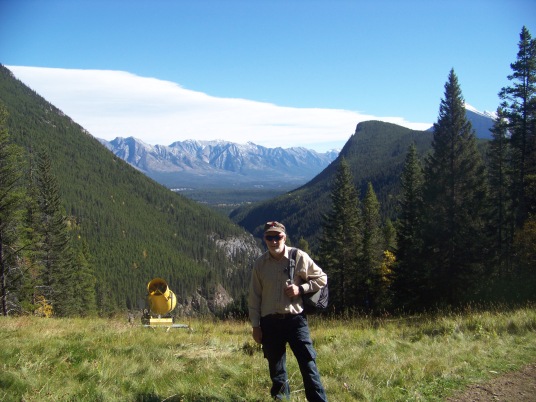 Back at the lift station we sat awhile in the sun and had large tubs of ice cream to cool ourselves under what was now a quite fierce sun.

After a drive back down the mountain to Banff we had lunch in an Irish pub. Jamie opted for a burger and I chose Guinness and beef pie. Next was a stop at the supermarket for provisions and then a visit to the inappropriately named Dollar store for a pack of cards. We have yet to find anything that costs a dollar here.

We spent the rest of the afternoon hiking to the Bow River falls which also gave a good view of the Fairmont Banff Springs Hotel across on the other bank. We spent some time climbing the cliff along the river then headed back into town. The cinema was open and Jamie picked up his errant coat. 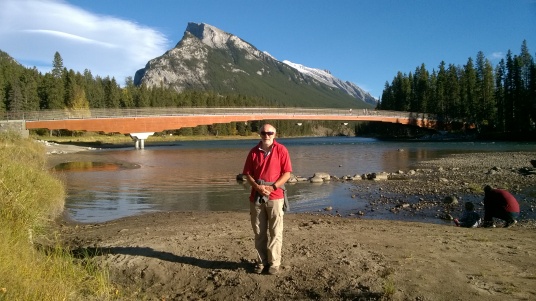 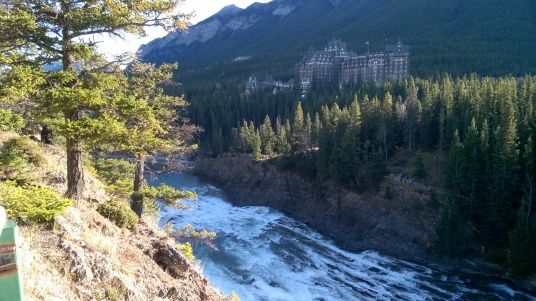 We drove back to the RV site, checked in for the third time and located our pitch for the night. We played cards and ate an evening meal of microwaved Chinese fare bought earlier in the day.

We aim to set off for Lake Louise  early in the morning.