Choppy seas this morning but the stabilisers are doing their job. Up on deck the sun is no longer fierce and the stiff breeze makes it much more pleasant to sit and admire the view of other ships passing one way or the other in the far distance. After breakfast that is exactly what we did. Among others, through the binoculars we spotted an aircraft carrier, though its name and nationality were unclear at such a distance.  I fancy it may be Saudi Arabian or American and involved in attacking Syria or Yemen. 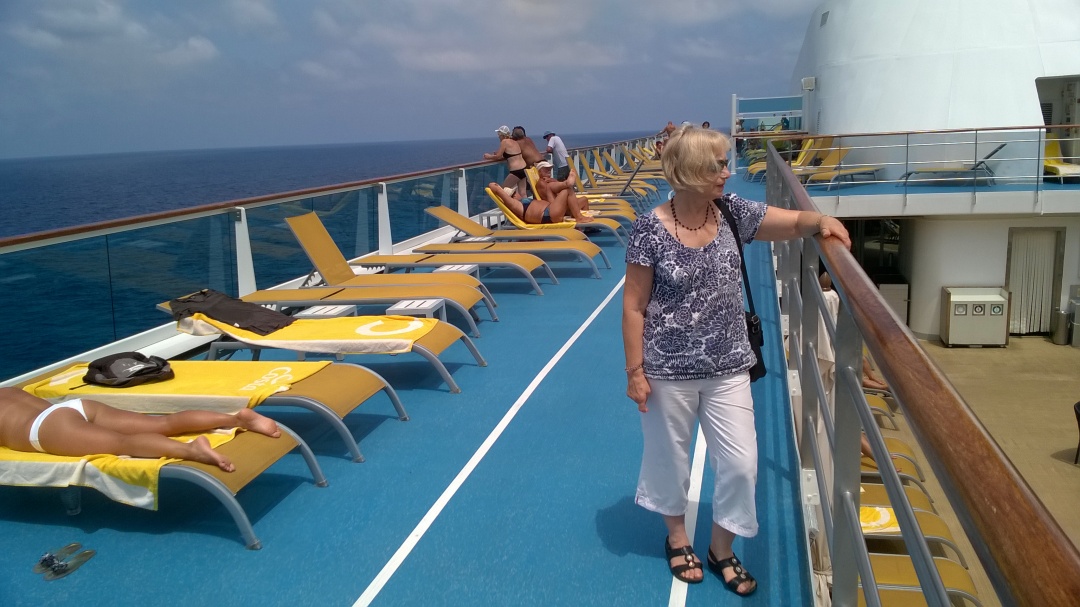 We thought we did well in the  two quizzes this morning, but were thwarted by foreigners getting maximum scores. Highly dubious, we shall have to watch them closely.

We read our books before dining formerly in the Botticelli.

Usual routine now in the afternoons, gym for me, reading and tea for Sue with a meet up later for a quiz, this time on Logos. Sue fancied ‘Pictionary’ in the Grand Bar so while she watched that I carried on with HG Wells, ‘The Invisible Man’ in one of the side booths facing a much calmer sea. Watching the sun set in a cloudless sky over the sea must be one of the most relaxing sights on the planet.

Our evening entertainment was a jazz singer; not my cup of tea, I fear she was enjoying herself more than many of the audience. We had very quiet evening meal in a relatively empty restaurant. Where were all the other passengers? Surely not trying to diet, far too late for that! 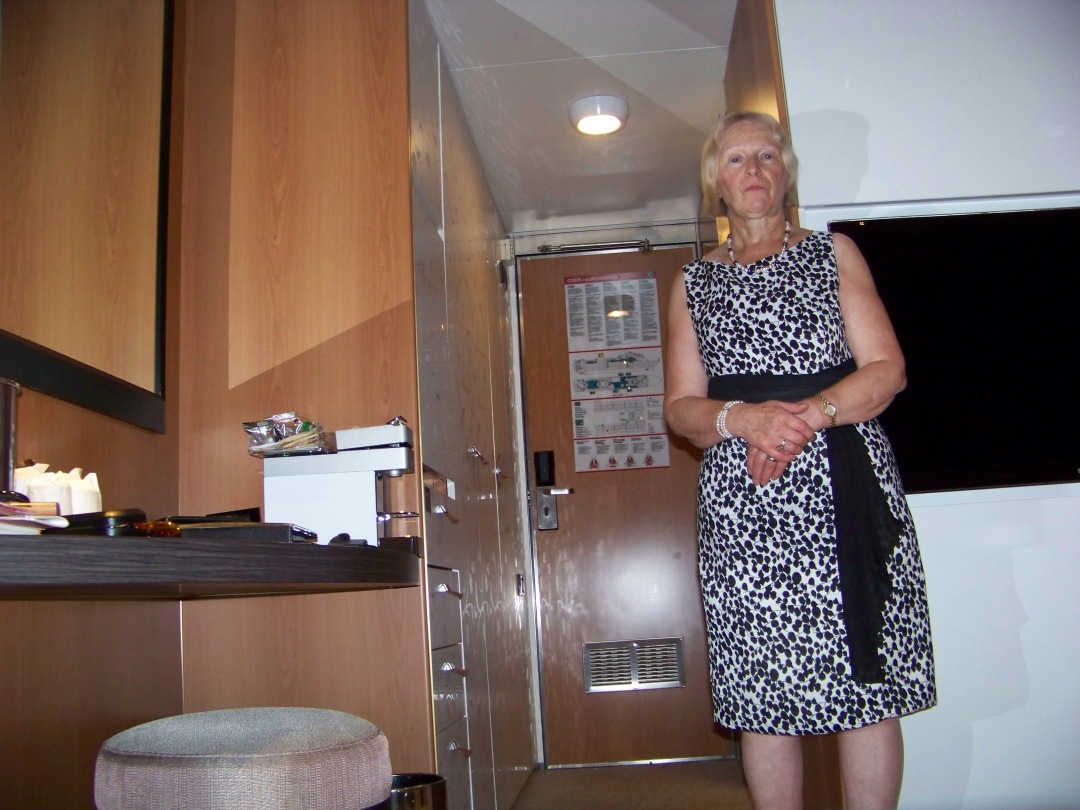 We had a walk around the deck noticing the temperature is getting decidedly un-reptilian, soon we shall have to wear something warmer. After a meander through the decks checking out the entertainment in the various bars and plazas we opted for scrabble in the cabin. I feel guilt about that but I am not sure why.

We have a long day tomorrow.