The clocks went forward 1 hour last night so therefore we woke at 6am, deciding to give in to our body clocks we were in breakfast before 7am. It seemed that most of our fellow passengers had decided to do the same and the restaurant we chose was full. 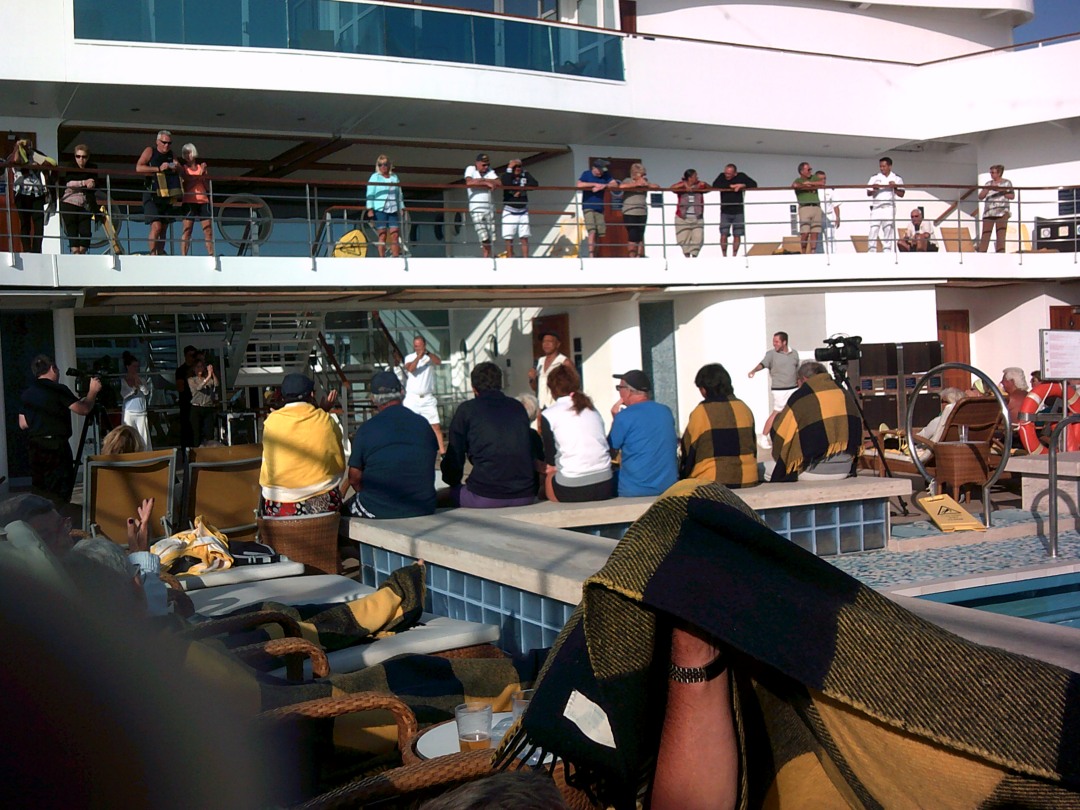 After a scoot around the deck (another hot one) we attended a lecture on the Greek ports  of Iraklion, Kalamata, Katakolon and Citavecchia in the coolness of the Cabaret Vienna. The rest of the time we both spent reading our books and listening to and watching the various dance classes taking place in the Grand Bar.

Lunch was taken in the ‘The Grill’, as today it was serving a traditional Indian Buffet. Despite our journey through the Indian Ocean we have yet to come across any dishes from the sub-continent. Sue particularly has been missing this. The choice was varied and my selections turned out to be satisfyingly spicy hot.

Sue started the afternoon off by watching another performance of the, ‘Latin Dancers in Tango!’ while I visited the gym. Exercise is paying off now and I am beginning to resemble less like Alfred Hitchcock.

Later I went to a table-napkin folding lecture and picked up a few tricks for Christmas while Sue had afternoon tea and read her book. We met up again in the stern lounge for a social meeting arranged for the English on board. Of the 47 Brits only 13 of us turned up, one being Danish, another Australian, plus 2 Scots. There was a fashion show going on at the same time which may have been more preferable to the others (we shall never know). We chatted amongst ourselves before taking part in a quiz arranged by the Jessica our English rep’. We won a ‘Costa’ cap for coming 2nd, though we should have had equal 1st, but unfortunately we spelt the Captain’s name incorrectly, but so did the winning team and they got a point. Foul play was suspected. 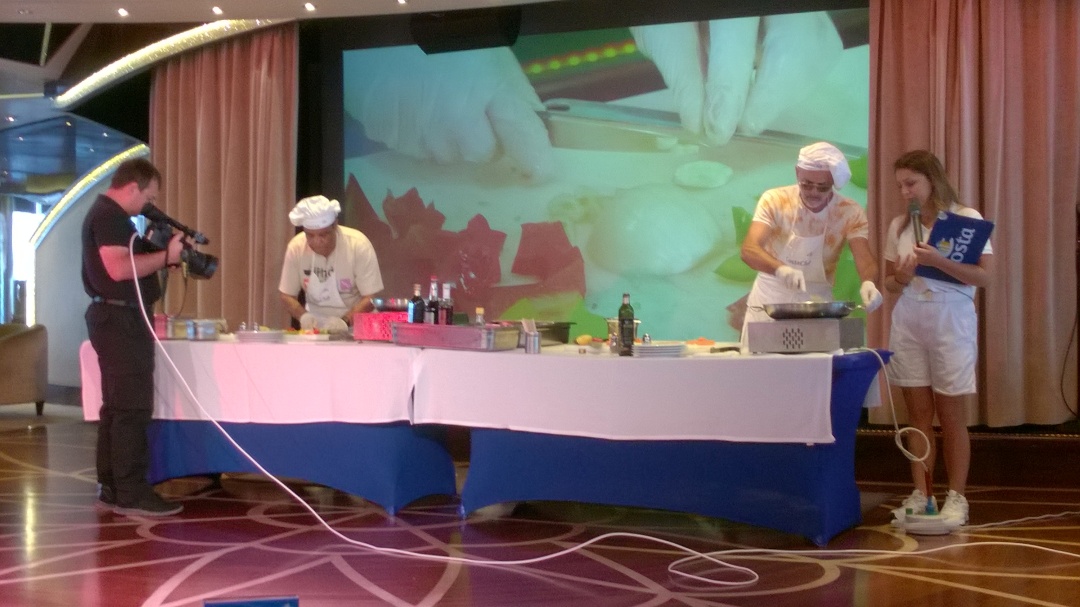 We sat next to a Mauritian couple at dinner and spent too much time chatting and arrived late to the evening show and only managed to secure seats on the third row. We were entertained by a multilingual Spanish singer who gave a surprisingly unique performance with Edith Piaf. Yes, I said ….. ‘with’. Through the wonders of technology she sang with the French icon. Marvellous, for once I actually enjoyed the warbling of Edith.

With another sea day coming to an end under a waxing moon, we made our way to our hammocks. Me hearties!