Another lazy start. First we had to load our Opal cards with another $20 as we were running out of credit. We did this at a kiosk just outside the hotel before catching the train to Circular Quay.

It was a hot sunny morning and we were looking forward to the cooling breeze we would get on our ferry journey to Taronga Zoo. The boat was in so we just ‘tapped on’ and boarded, finding a seat inside, we soon moved onto to deck with most other passengers, to catch that breeze. The journey took only 11 minutes but as you can guess the scenery passing by was delightful, even more so as there was not a cloud in the sky. As first the new cruise liner in port (Carnival Spirit) eased by, then the Opera House, followed by the Harbour Bridge, quickly followed by the Governors Mansion before we headed out into the main stream and found a route through the tangle of other craft of all dimensions making their way to some unknown destination. 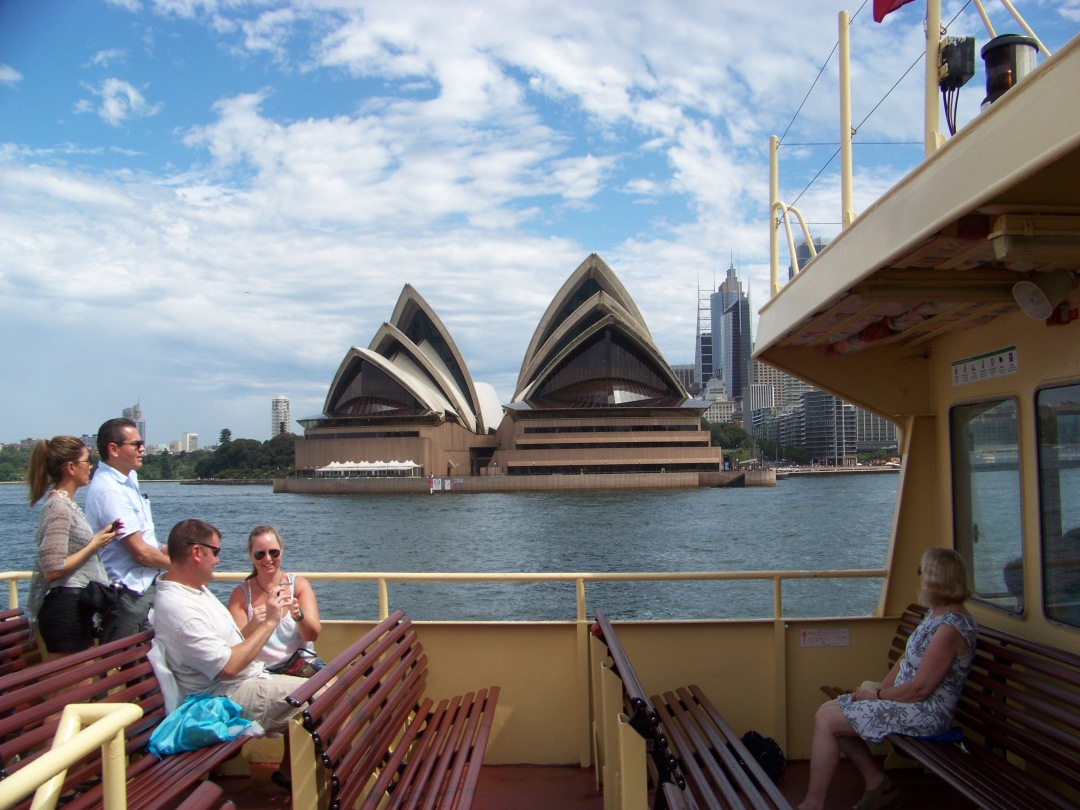 Arriving we made our way up the hill to the ticket office and from there to the cable lift which took us to the top of the ascent and the centre of the Zoo. Whether you like zoos or not, the views of the city from the top are worth every cent of entrance fee. I think it is a must for any visitor to Sydney. Walking towards the Koala enclosure I heard an Aussie bloke say to his Sheila, “Wow, take a picture of the Harbour Bridge from here.” “Why”, she said turning away. I caught his eye and whispered, “She has no soul.” He nodded.

We followed the windy paths downhill to each of the location where the animals were imprisoned/conserved (depending on your point of view) until around halfway we came across a restaurant and had a very nice lunch. Unlike similar establishments in the UK, where you are trapped withing the venue, the price of food and drink is extortionate. Not so here. They do not take advantage of your captivity and the costs are as cheap as you would find anywhere else.

Next we headed off to see the Meeerkats. The sky darkened, lightning began to flash and the heavens opened. It lasted around 20 minutes, we took shelter under a canopy next to the elephant enclosure (they stayed inside there over-sized house).

When the storm abated we joined the queue for the seal show. Despite the maelstrom of just a few moments prior, magically in a very short while all the wet seat were taken. The seals performed well, though we felt the show itself was rather short and we have seen better. But I guess no animals were harmed during the performance and no trainers eaten. 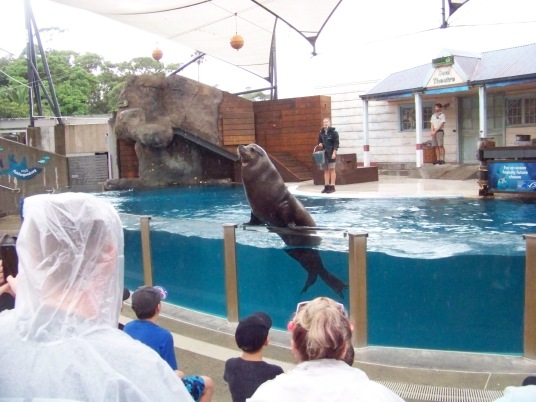 We continued on down the hill looking at the remaining exhibits until we reached the exit.

The ferry back was as swift as the journey there, but hotter. Disembarking we opted to sit in the garden of the ‘Gin Palace’ (I kid you not) and have refreshments while we people watched again.

Next door was the Sydney Museum of Arts, so that was our next port of call. It contained a lot of Aborigine art which we thought was a little too simplistic for our taste. Susan proclaimed that she had taught 5 year olds to do better. I agree. 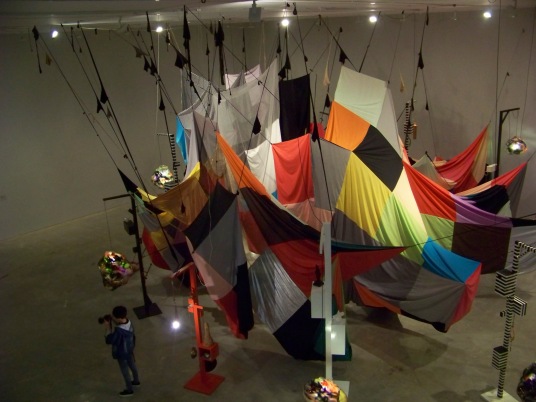 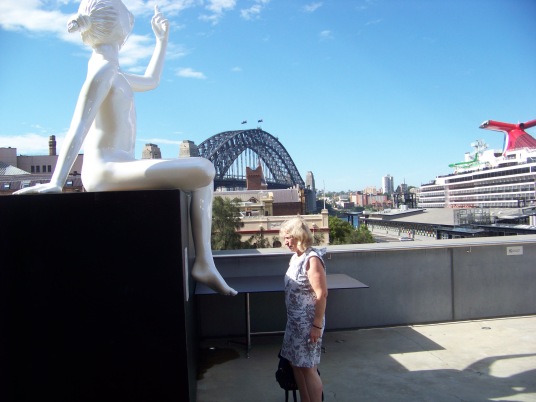 Returning to the station for the train back to Central we were joined by Sydney’s commuters (it was 5 o’clock). Despite the throng we or anybody else that we saw had any trouble getting a seat. What a brilliant transport system this city has.

Back at the hotel I had a skype call with Sarah while Sue had a soak in the bath.

We chose to eat in China Town which was around a quarter mile from the hotel. After considering quite a few establishments we eventually chose a Thai restaurant! It was a good choice. Stuffed we returned to the hotel, watched a bit of TV then walked the quarter mile to Slumber Town.