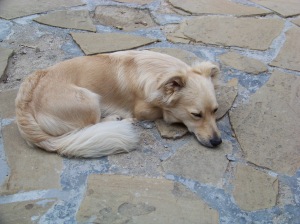 The journey to see David went reasonably well. On Saturday morning Sue took me to the train station and after a short wait on the platform the train arrived on time (as they were to do so throughout the journey). Having reserved my seats on the three trains to Manchester airport I somehow wasn’t surprised to find some one already sitting in them on each of the legs. The carriages were so rammed with fellow passengers that I guess you couldn’t blame them for trying. On the first two trains I politely oiked them out and had a relaxed, if not cramped trip. On the route from Sheffield to Manchester there was so many fellow pasengers attempting to get on the two carriages, that I failed to even get into the right carriage and was grateful when I managed to squeeze through the doors and and spent the next hour squashed against the said doors. I passed the time standing and chatting to a fellow traveller who was going to Croatia on holiday. It seemed the polite thing to do as any ice had been broken within the first few seconds of meeting them as we were occupying the same square foot of carriage.
What a success privatisation of the rail system has turned out to be, particularly as the cost of the train ticket cost just three pounds less than that of my flight. Probably by the time I return to the UK the Post Office will also have been privatised. No doubt in future we will be receiving our neighbour’s mail in place of our own, all crammed into one large envelope with stamps costing the earth and only bookable on-line, through a website that attempts to sell you insurance.

After eating the sandwiches that Sue had made for me on an unreserved seat outside passport control, I (after joining a very, very long queue) disrobed long with my fellow passengers to pass through security. After scanning my boots, opening my suitcase and having that also scanned, I then had a very nice picture taken of me with little square boxes superimposed over my torso which a very bored officer tut-tutted at and then passed a wand over. With MI5 happy that I no-longer posed a threat to Western civilization I was allowed to carry on with my passage after struggling to regain my dignity along with several hundred improbable terrorists as I put back on that which I had taken off several minutes prior. I found a bar in the departure lounge and sank a pint of cider to fully recover my composure.

We boarded on time, but due to problems with the man-handling of an invalided passenger onto the plane we flew half an our late. As one of the first onto the aircraft I (ironically) got asked by a fellow passenger to vacate my seat as I was sitting in his place. Apologising, I extricated my self to be told by the steward that I should sit in my allocated seat. Allocated seat???? Sure enough, on checking my home printed boarding card I had a seat number! Well done Easyjet, upyours O’Leary! A bucket-airline that treats its clients with respect and humanity, where will all this end?

As promised, Banjo with David in tow were there to meet me in Arrivals after passing through (the less thorough) Bulgarian security. Three and a half hours later and a stop for a cheesy sausage roll and a cup of coffee we arrived in Ritya.

After a quick look around I retired to bed in their new apartment that. Very nice. David made do with a sofa bed in the lounge next to the freezer that he assured me early the following morning had chatted to him spasmodically all night long. Tough David, I am not giving up the very nice double bed and quiet room that I have now taken sole rights and possession of.

Sunday was spent with a walk around the village, a look at and discussion of what was be done on this visit and connecting up of some new technical gear that David possessed to the TV. Lunch was scavanged from the salad plot and the evening meal was taken in the Sports Bar in Dryanovo, after first visiting the Supermarket for essential supplies (cheese, sausage a beer). On return, we watched a movie of our holiday to Brazil and then settled back and watched ‘Gnomeo and Juliet’. David couldn’t take the frantic pace of the day and fell asleep before the end. Pity, as there was a happy end, the two lovers didn’t die as in the less popular Shakespeare version, but no doubt will live to star in ‘Gnomeo and Juliet 2’.