The weather has continued to pick up making excursions outside so much more pleasurable than the last 12 months. I have been slowly pointing up the patio slabs and my technique has improved to the point that you can see where I first started, where I am now and where I have to go back to! I hope to move onto the pool area sometime this year! The allotments are being treated in much the same manner, when I have the inclination I plant another row or two of vegetables (you can’t eat many flowers) and then sit down and marvel at my symmetry and tidiness. I expect to finish sometime this year! The lawns also now require mowing each week and I hope to finish sometime in October!

In between all this:

On May Bank holiday Monday, Nan, Sue and I met up with the Rothwells at East Carlton Park for their Fun Day activities. It was a scorching hot day and as such proved very popular with the residents of Corby who also flocked there in their hundreds. We arrived early and managed to bag a nice picnic spot near the main attractions (and defended it successfully all day). As we were right next to a ‘crazy bicycle’ arena all in our group (except Nan and I) felt the need to spontaneously leap onto the eclectic machines and pedal maniacal round and round. 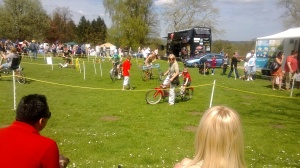 Among the other attractions was a dog-show, a display of dancing and karaoke conducted by Corby FM, who annoyingly insisted on calling up a little girl called Chantelle every 15 minutes or so, to sing. A precocious little madame who obviously had a tone-deaf relative on the organising committee. 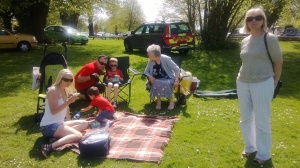 We had a lovely picnic followed by a queue at a van and an ice-cream and then a game of Boules. This was followed by kick the ball into our fellow picnickers and when we tired of this we hit the shuttle-cock into them. Great fun, it was so different to have warm sunshine radiating down from an azure blue sky ALL DAY! When the activities finished we joined the leaving throng, except when it got to the main road we turned right towards Harborough, while the rest of the traffic headed left towards Corby.

To continue the frivolities we pulled into the ‘Cherry Tree’ for the boys to make a nuisance of themselves on the adventure playground. While they did this the adults had some thirst quenching drinks from the bar. Afterwards we drove to Willow Bank and finished the day off with burgers and sausages. A lovely way to spend a day.

Later that week Sue and I drove over to Market Bosworth. We had booked a stay at the Bosworth Hall Hotel, we were keen to visit the site of the Battle of Bosworth (where Richard 3rd met his end) and had planned a walk there. We parked in the hotel car-park, put on our boots and set off across the parkland. The route was supposed to take 3.5 hours, in reality it took 5 hours. The weather forecast was for rain, but we had ideal walking conditions with puffy white clouds and a warm breeze.

We met no other walkers along the entire route and it seemed that at times we had the whole Leicestershire countryside to ourselves. 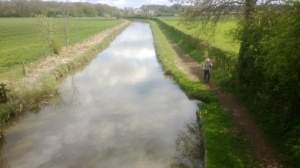 We stopped for a picnic at the Battlefield Heritage Centre. There was a school party there and it was interesting and memory provoking watching them go about their activities. We resisted the temptation to organise the queue for the loos and supervise the lunch break! After finishing off our sandwiches, reading the information boards and tut-tutting how out of date they were now that Richard had been found resting in a Leicester car-park holding a considerably out of date parking ticket we visited the obligatory gift-shop. As we were only half way around our route we set off in earnest, but dallied again when we came across the ‘Battlefield Steam Line’, and then again when we met the canal.

We did eventually make it back to the hotel after further stops to use the binoculars in the middle of a golf course and to ogle at the very expensive houses we were passing (one had its very own air-strip).

After checking in we had a quick explore of the hotel and its grounds. Very posh, very elegant. A huge hotel, with the rooms and grounds very tastefully done. Our room was located next to the Spindles Health and Leisure Club, our aim was to use its facilities later on that evening, but a bottle of red wine with our evening meal put paid to that idea. The meal was buffet style and yet again (cruise fashion) when faced with unlimited food we humans are programmed to ‘bung on’ more on the plate than is medically wise. Moving to the bar afterwards, we finished off any residual notions of ‘working off a few calories’. 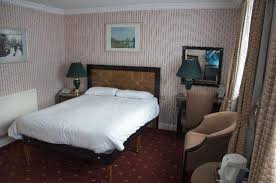 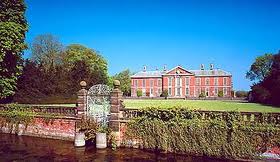 After another full English breakfast we checked out and leaving the car in the car-park had a walk into the town to have a look around. We both agreed that time has left this place behind, it is similar in many ways to Tenbury Wells though I suspect that Bosworth is considerably more affluent, gauging by the price of the houses in the Estate Agents windows. After purchasing some sweets in a rather quaint shop we walked on into the parkland in front of the hotel and spent another half an hour meandering around the trees and ponds, before returning to the car.

On the journey back we stopped at ‘Tropical Birdland’ for a couple of hours. The wind had got up and the sky became increasingly grey. Apart from a small party from a local residential care home we had the place to ourselves. A further two hours saw us complete navigation of all the exhibits, feed as many parrots and Macaws as our large bag of peanuts would allow and drink a warming cup of chocolate in the restaurant. As we drove away, the rain came. 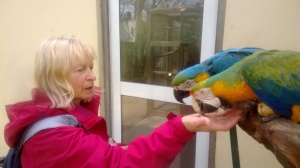