08/11/20 After testing positive for corona-virus, 156 have died in the UK. There are 408 active cases in the Harborough area, up 36 from last week. UK bans all lorry drivers, flights and ships from Denmark after mutant corona-virus outbreak at mink fur farms.

Today  in the UK is Remembrance Sunday, often called  Armistice Day, marking the date when Germany  signed the surrender during WW1 and thus saved so many lives, co-incidentally Jared Kushner reportedly approached Trump about conceding the US election but Donald didn’t have the grace to comply. 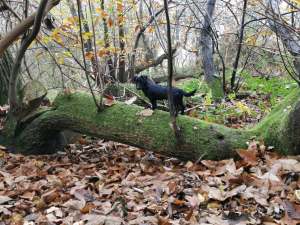 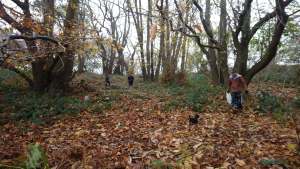 Autumn chestnut picking has been a family tradition since the children were very small, and despite Covid-19 this year has been no exception. Keeping to the rules of lock-down the Rothwells harvested their hoard early in the morning at our secret location in nearby Foxton. The Desboroughs started their collection later in the morning and I accompanied them, travelling in separate cars and foraging under separate trees, we adhered to the rules of lock-down. Of course rules stated the Newbold Verdons could not travel such a distance, so sadly, Sarah and family have been spared the flatulent side effects of hot chestnut consumption!

09/11/20 After testing positive for corona-virus, 194 have died in the UK. There are 378 active cases in the Harborough area, down 72 from last week. Today Boris Johnson discussed Pfizer’s work on a novel corona-virus vaccine (data suggests is 90 per cent effective), saying that the U.K. has secured a large proportion of its doses.

Despite being  a few degrees warmer than of recent, the day was a miserable affair. Not one to decide on stretching ones legs on a short ramble. But alas, we did. Our torment began in the fields outside North Kilworth, with increasing amounts of mud sucked up onto footwear from freshly ploughed or harrowed acreage, energy levels soon dropped. The ground was sodden, the scenery uninteresting and the frequent showers annoying. We saw no one, not even the usual hardy walker with mutt in tow, it was as if the the rest of the planet had succumbed to the virus. Not even the sight of an odd car speeding along a distant country lane could cheer our mood, I think zombies can drive, can’t they?

Memorable point one: Slogging across a field of freshly sown grass where the soil structure was heavily impregnated with shredded plastic of all types. Earlier this year, a farmer near Harborough had been fined tens of thousands of pounds for such a disgraceful act and had to employ a dozen pickers over several months to pick it out. I think the grass here is an attempt by this farmer to hide this toxic waste from the authorities.

Memorable point two: Our path took us mostly through empty fields and by two vacant farms, so it was mildly interesting to walk through the grounds of the nearly impressive Snowdon Lodge. At least it briefly steered our conversation away from weather, water and weariness.

Memorable point three: A sheep with rabbit ears (how ridiculous can you get?).

Upon returning to the car, parked up outside the village pub (aggravatingly shut by lock-down), we both agreed it had been a horrible 3.33 miles and wouldn’t be repeated.

I spent the rest of the day configuring four security cameras that the postman had brought that morning while we were ‘enjoying’ ourselves tramping the swamps of south Leicestershire.

Today Sue and Bridget met for coffee in Welland Park, appropriately they kept to lock-down rules and sat out side, suitably distanced. I spent my time fixing one of the new outdoor cameras to the front of the garage and testing it.

Yesterday I developed a sore rash on the left side of my chest and later in the evening it had spread to my shoulder blade. This morning I called the surgery for an appointment and the doctor returned the call during the afternoon. He diagnosed shingles and after sending a couple of photos of the rash by SMS he confirmed his diagnosis and prescribed Aciclovir and Amitriptyline for the soreness. There may not yet be a remedy for corona-virus but thankfully there is for this chicken pox virus. The statistics quoted at the beginning of each days blog demonstrates what little I have to complain about, especially considering the plight of so many unfortunates.

Today I installed another security camera. This one is mounted above the front door.

Lucas will be off school for a while, one of the boys in his science class had tested positive for Covid-19.

I woke this morning to another email from the COVID Symptom  clinical study run by King’s College London inviting me to take another test. No doubt my reporting of shingles, triggered the response. At 10am I drove to the test centre in Harborough and took a self test. Now we wait.

The last of the outdoor cameras overlooking the garden was installed. This one involved drilling a hole through the bedroom wall to connect to a main power socket and a trip to Homebase to purchase a small tower connection box to join the cables. The system is now up and running and hopefully a strong visual deterrent to would-be burglars.

During the afternoon I Facetimed Mark Keane in Florida, I was testing an iPad that his father had managed to ‘confuse’, Mark was at work but spared the time for a chat. It seemed we were having better weather in the UK, Florida was being hit by the remnants of a hurricane.

Sue met Doreen in the park, kind as ever, she was keen to pass on some Aloe Vera cream for my rash.

We usually roast chestnuts in a special basket bought for the purpose many years ago, but this year we tried using a copper skillet with a lid, it turned out to be quite effective.

My day was taken up by replacing the light in the front porch with an LED sensor light and installing 128gb SD cards into the new cameras as video backups. Sue managed a shopping trip to Fosters with Charlotte. Jamie dropped by in the afternoon to pick up 4 new tyres for his Audi R8 that had been delivered. I hadn’t realised how big the rear ones were in comparison to the front, no wonder it is so fast!

We had our first Christmas card delivered today!

Trump continues to refuse to live in the real world beyond the 18th tee and won’t acknowledge the result of the presidential election. He knows that without the immunity of the presidency, he will be facing the consequences of his misdeeds. When Dr Anthony Fauci, the top infectious disease doctor in the US, said today that it has been months since Trump had attended a White House Corona-virus Task Force meeting, he deserves no sympathy from the American public.

The Newbold Verdons seem to be have been infected by the ‘early-Christmas’ virus  and made a visit to a festive garden centre.

Here at Willow Bank we hunkered down on a chilly day, watching the world pass by through double glazed windows next to a warm log fire. Bah, humbug, there are still 40 days ’til the guy in the red coat tests out our recently swept chimney!!!